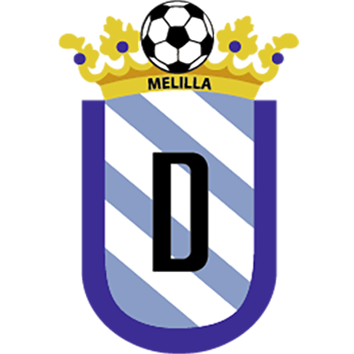 45' Change Out Carvajal in Francisco Garcia

81' Change Out Mariano in

55' Change Out Ruano in Brahim

59' Change Out Menudo in Brian Martín

An unfamiliar looking Madrid side tore minnows Melilla apart at the Santiago Bernabéu to advance to the last 16 of the Copa del Rey.

Real Madrid have booked their place in the last 16 of the Copa del Rey, after they comfortably beat minnows Melilla 6-1 (10-1 on aggregate) in the second leg of the round of 32 tie at the Bernabéu on Thursday evening.

After the 4-0 win five weeks ago in the away leg in North Africa, Santiago Solari named an unfamiliar looking side, handing starts to a number of young reserve players. But it was the two familiar faces of Asensio and Isco that most stood out in the game. The pair played a part in five of Madrid’s six goals, scoring four of them.

After an open 30 minutes, in which Madrid were on top but Melilla also made a few chances, Asensio scored two goals in quick succession in the 33rd and 35th minute. And just four minutes later in the 39th minute, Asensio was involved again, when he picked out Bernabéu debutant Javi Sanchez with a beautiful chip, which the youngster coolly finished with an outstretched volley from inside the box. Three goals in the space of six minutes for Madrid and they were plain sailing when the referee blew the half-time whistle.

After the break Madrid continued from where they left off, with Isco adding his name to the scoresheet with just three minutes of the second half played. The captain received a simple pass from Ceballos about 25 yards out on the left, before expertly curling the ball into the top left corner, leaving the Melilla goalkeeper Moreno with no chance.

Vinicius, who was heavily involved throughout but failed to capitalize on a number of chances, knocked in a scrappy fifth goal on the 75-minute mark, before Isco had his second in the 83rd. Fran Garcia, another youngster who put in a lively performance when he came on for the second half, made a beautifully-angled run down the left before squaring the ball to Isco in the box. The Spaniard’s first touch was sublime and set him up perfectly on his right foot to slot it passed Moreno.

Second Division B side Melilla were completely and expectedly outclassed at the Bernabéu, but the minnows had their fair share of chances, particularly in the opening 25 minutes, and were finally rewarded for their efforts in the 81st minute, thanks to a well converted penalty by Qasim.

But it is the Primera Division giants who go through, joining rivals Atlético Madrid and Barcelona in the last 16 of the cup competition, the draw for which will be made on December 13.

Real Madrid vs Melilla: as it happened

Real Madrid welcome Second Division B side Melilla to the Bernabéu for the second leg of the Copa del Rey round of 32 tie on Thursday afternoon.

Madrid coach Santiago Solari’s first game in charge was against the North African club at the end of October, a game which Madrid comfortably won 4-0, with goals coming from Benzema, Asensio (two) and Odriozola. With the four goal advantage from the first leg, coach Santiago Solari will be expected to name a second-string side, giving a rest to a number of regular starters before the upcoming games against Huesca (LaLiga) and CSKA (Champions League).

Solari handed Brazilian starlet Vinicius his debut start in the first leg, but since then the 18-year-old has not been named in a starting eleven. The Argentinean coach may feel the timing and circumstances are right to give the teenager his second start against Melilla, as Madrid look practically certain to book their place in the last 16, joining rivals Atlético Madrid and Barcelona, who both advanced last night against lower-league opposition.

Out-of-favour Keylor Navas has also not started a game since Solari’s opening fixture in North Africa, but the Costa Rican is likely to be named between the posts this afternoon for the Copa del Rey fixture, giving first-choice Thibaut Courtois a rest ahead of the upcoming LaLiga and European fixtures.

Minnows, Melilla, meanwhile, will probably just look to enjoy the occasion at the Bernabéu and will hope to nick a goal and, at best, an unlikely draw.

45' Off for Francisco Garcia

45' Off for Dani Ceballos

59' Off for Brian Martín