Mohamed Salah refused to accept the award after Liverpool's 4-0 win over Bournemouth, insisting it be given to team mate James Milner.

Mohamed Salah helped Liverpool to a 4-0 victory on Saturday against Bournemouth with a hat-trick that deservedly secured his nomination for man of the match.

But the Egyptian striker – who became the fastest player in Liverpool’s history to score 40 goals, doing so in just 52 games – refused to accept the man-of-the-match award and insisted that it be given to team mate James Milner, in recognition of his 500th Premier League game.

The pair were interviewed by Sky Sports after the game, and as Milner tried to hand Salah the award, the Egyptian handed it back to his team mate.

“No. 500 games. I have to congratulate him (Milner) for his amazing career,” said Salah.

"He deserved it today and he's had an amazing career so I hope we're going to win something this season together but I will not take it."

“He deserves it for an amazing career.”

Salah’s hat-trick brings his goal tally to 12 in all competitions this season and positions him as the Premier League’s joint top scorer with Pierre-Emerick Aubameyang of Arsenal - the pair  have 10 goals each. 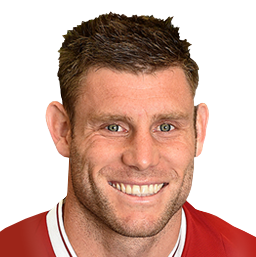