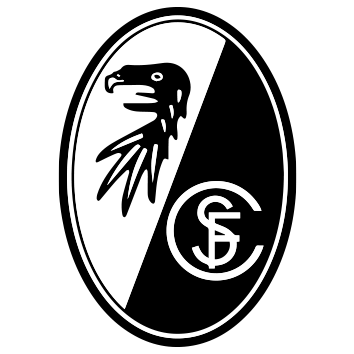 Hello and welcome to our live coverage from the Schwarzwald Stadion as Bundesliga leaders Bayern Munich travel to Freiburg as league action returns to Germany after the traditional winter break. Kick off in Freiburg is at 20:30 CET.

After 29 days Bundesliga football returns as current table toppers Bayern Munich look to be crowned the honorary “Winter-league winners”. Whilst being Herbstmeisterschaft is nothing more than symbolic, on many an occasion the winter winners have gone on to claim the league title come season end. In 18 of the 21 occasions the Bavarian’s have held the league lead come the end of the first round of fixtures they have gone on to claim the Bundesliga title.

A point against Friday’s opponents Freiburg will be enough for Carlo Ancelotti’s men achieve this honour as the Italian strives to emulate his predecessor Pep Guardiola and lift the league title in his first year with the Bavarian side.

A solid first round of games since their return to the German top flight see’s SC Freiburg looking up rather than down with Streich’s men eyeing an outside spot in the Europa League placings rather than being sucked into a relegation battle that many pundits suggested the side would face when the 2016/17 season’s predictions were being made back in July.

Freiburg coach Streich has no major injury worries and all reports suggest the manager will select the same XI who overcame Ingolstadt before the winter break. Midfielder Amir Abrashi left the club’s winter training camp in Sotogranda (Andalucia, Spain) early with a suspected ankle injury but has been cleared to return to training but is not anticipated to play in Friday’s game.

Striker Nils Petersen and winger Onur Bulut could also return to the starting line-up but a question mark lingers over Caglar Söyüncü who has been troubled with adductor problems.

The news that Xabi Alonso is set to retire come the send of the 2016/17 campaign will no doubt be a talking point on Friday as the Bundesliga reemerges from its winter hibernation.

At the ripe old age of 35 the elegant Basque midfielder will hang up his boots come the end of the season and is expected to start in midfield for Ancelotti after the break and Bayern’s training camp spell in Doha.

Carlo Ancelotti will, however, be without key midfielder Thiago after the Spain international picked up a thigh injury during the winter training camp in Qatar but Arjen Robben is set to appear fresh from signing a one year contract extension and in the process eliminating the doubts that suggested a move to China was on the cards for the veteran Dutch player.

82' Off for Lukas Kübler

54' Off for Joshua Kimmich