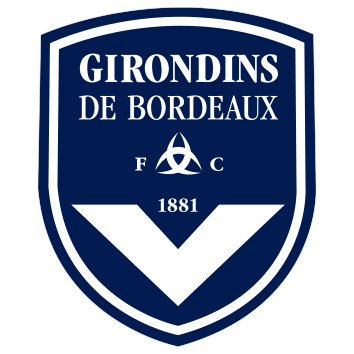 60' Change Out Cavani in Di María

78' Change Out Verratti in Nkunku

33' Change Out Sabaly in Lewczuk

90' GAME OVER! PSG back to winning ways.

88' PENALTY to Bordeaux. Cafu hits the deck as Meunier slides in on him. Slightly silly buy won't make too much of a difference.

86' Neymar with a lovely defense-splitting pass to Di Maria. He cuts it back towards goal but no chance of that beating any keeper.

85' Two Bordeaux players on the ground in different parts of the field. Lerager down after a tackle from Kimpembe and Malcom down with a muscular problem? He wasn't touched. Both back up now though and play continues.

82' Bordeaux with a free from the right. Malcom goes close. It hits the side netting and looks like it went in but Areola had it covered if it did sneak in.

81' Neymar gets it from Di Maria and tries to give it back with a little scooped pass over and in between a couple of defenders. Di Maria pushed off it.

79' Chance! Neymar drags a shot wide after a lovely combination with Lo Celso. Left-footed shot blazes by the post.

77' Neymar with some clinical control with his heel as it comes out to him. He makes his way along the penalty area and they eventually lose it. Bordeaux break but Mendy fouls and PSG going back up the field.

76' Mbappé's control lets him down as he tries to continue a PSG attack. Throw to Bordeaux. Can they get a consolation or two?

72' Lovely shot by Kamano. Ball lands to him at the back post and he has the chance to drive it towards goal but he places it into the top corner. Areola is equal to it though and tips it over for a corner.

69' Mendy, the substitute, on the right and he drives a shot towards goal. It rattles the upright and wide. A real driving shot but too tight an angle.

67' Kamano breaks into the penalty area and Rabiot eases him off the ball. No penalty.

65' Di Maria takes the free and sends it over with his left.

64' Neymar  tries to play it to the right and Sankhare takes him out of it as he passes. Yellow for the Bordeaux player.

62' Game suffered after that sixth one. It struggled to really get going in the second hald but that one really took the sting out of it.

57' Draxler breaks free, plays it to Mbappé and he slots it past Costil. Not the cleanest of contacts but it does the trick! 6-1 and there will be more goals in this one.

57' Alex Mendy comes on in place of Nicolas De Preville.

56' Neymar down injured. It was off the ball and clipped from behind. Looking at his knee now but he seems to be okay. Ref can't do anything as he didn't see it.

52' Seven minutes into the second half and no goals. Feel cheated after the first half!

49' Free for Bordeaux. To the left of where Neymar rattled the back of the net from.

48' Bordeaux with a chance. Headed cleat by PSG. Then Neymar breaks and he gets dispossessed. Might have been a free but no.

46' We are back underway for the second half!

45' Meunier  booked for a foul on Kamano.

44' This game is very strange! Draxler on the volley. Mbappé crosses and the German buries it. Keeper still standing still.

41' 41' A very exciting half of football in the end! five goals. PSG absolutely lethal when they attack. Not great going backwards but this is their second choice defense.

40' Neymar slots it home. He goes straight to Cavani after and celebrates with him.

40' Hand ball is what it was for. Jovanovic booked for protesting.

39' PSG PENALTY! Here is what we've all been waiting for.

38' Straight up the other end and De Preville strikes. Areola gets his right foot to it and away! This one has kicked into overdrive in the last couple of minutes.

38' Mbappé through and throws his leg at it. Costil with the unorthodox two-kneed save. It's effective though.

37' Otavio crosses to Kamano at the back post. He is under pressure from Areola and heads wide. Really difficult one to convert. PSG not comfortable just yet maybe!

36' PSG nearly rip Bordeaux open again. Drawxler to Mbappé down the left and he tries to square to Neymar but it's cut out. Cavani arriving on the right and that was a certain finish if it mde it across the box.

33' Sabaly is being replaced by Lewczuk.

31' Good work from Pellenard to break free from Verratti and he played it to De Preville. Unselfish from the striker as he put it on a plate for his teammate in a better position.

31' Bordeaux had been building and they get their reward! Sankhare just rolls it home.

30' Malcom tries to cross low but it's blocked and goes out for a corner.

27' Toulalan wins it back off Neymar as the Brazilian gives up completely on it. He walks back into position and Bordeaux start again.

25' Cavani chested it down and got brushed aside. Never a penalty.

24' Neymar fouled by Lerager. Taken quickly into Cavani and he wants a penalty. Referee waves his hands at it and the Uruguayuan is upset.

22' Meunier with his first goal of the season.

22' Game over! Meunier slams home from a after Mbappé completely mishits a shot from a cross and it lands to the Belgian. PSG cruising at 3-0.

20' Ball out tot the left by Bodeaux to Kamano but he was offide as another effort to build comes to a halt. PSG back on it now.

19' Malcom breaks with support on the overlap from Sabaly. He crosses and there's a hint of handball as PSG clear. Referee doesn't say anything about it and Bordeaux keep attacking.

18' Rabiot seems to be playing in a very, very deep role. He is almost a centre-half.

15' For the record. Bordeaux haven't been bad so far. PSG just look so dangerous every time they attack. They have so much speed and so many options to break you down.

14' PSG on the attack again. Mbappé out wide to Yuri but Draxler steps in and ten plays it to the left-back but he had drifted offside.

11' GOAL! Neymar puts it on a plate for Cavani and he pokes home. A big hug between the pair as celebration! All good.

9' Malcom swings it into the middle and PSG manage to get it away.

7' That was some finish from the Brazilian. Bordeaux in trouble already. Maybe it's a good idea to give Neymar the set-pieces.

5' GOAL! What a free-kick. An absolute golazo!

5' Mbappé on the move. He does a couple of stepovers and Toulalan takes him down in front of goal, about 10 yards outside the penalty area. Chance for Neymar.

4' Verratti gives it away and Lerager breaks. He turns back and eventually passes to De Preville, who has his back to it. Straight to a PSG man.

4' Ball over the top and De Preville gets goalside of Marquinhos. He absolutely drives his shot over and wide. That was a decent chance but his left foot not in tune yet. That was a dreadful effort.

3' Yuri kicked as he goes past Lerager. No yellow but a free.

1' Mbappé seems to have started in the middle but it looks like he is on the move and this will be a very dynamic attack from the hosts.

1' We are underway between PSG and Bordeaux.

PSG arrive out at the Parcs des Princes. Handshakes all around as we get ready for kick-off.

Although, it seems Unai Emery is saving his first choice right and left back options for the Champions League. Kimpembe, Berchiche and Meunier start today as Silva, Alves and Kurzawa are rested. Could be a somewhat of a risk for Emery.

Dani Alves left our for a second league game in a row. He was introduced against Montpellier but couldn't make a difference. Is he being blamed for the Cavani-Neymar spat escalating?

PSG criticised for their draw with Montpellier but they held their own against Monaco last night and held out for a draw. They were competent on the counter against a Neymar-less PSG side and were proactive. They also prevented Monaco from going top of the league yesterday.

Quite an attacking front four from Unai Emery. They lacked firepower against Montpellier with Thiago Motta in the holding role and he has been replaced today with Draxler and it means Neymar will likely play as the number 10. We will all be watching closely again regarding body language as the whiff of unhappiness involving Neymar and Cavani still lingers in the PSG air.

Unai Emery holds Bordeaux in high regard. The former-Sevilla coach praised this afternoon's opposition in his pre-match press conference: "Bordeaux are having a great start to the season. They are still unbeaten in Ligue 1. They have grown a lot in confidence. Their coach (Jocelyn Gourvennec) has given Paris a tough time in the past, with Bordeaux and Guingamp."

Radamel Falcao found himself on the scoresheet once again last night. That was a 12th goal of the season for 'El Tigre'.

AS Monaco drew 1-1 at home to Montpellier yesterday evening, and thus failed to climb above PSG in to top spot. The two teams are currently level on 19 points, so Les Parisiens will have the opportunity to go three points clear with a win against Bordeaux.

Edinson Cavani has shown his goalscoring pedigree in the Champions League, and is also PSG's leading scorer in Ligue 1. The Uruguayan has already chalked up seven goals in seven matches, but failed to score in PSG's last two in the league, against Lyon and Montpellier. Also, you'll see that Marouane Chamakh has snuck in to that list of prolific strikers... He spent eight years at Bordeaux between 2002 - 2010 before moving to Arsenal.
Unai Emery will pick a starting line-up from this group of players at Parc de Princes. Neymar, Cavani, and Mbappé are all expected to be involved following their dazzling display against Bayern Munich in the Champions League on Wednesday.
Neymar uploads a photo of lots of people trying to take a photo of Neymar. I feel dizzy afte that.

The Neymar vs Cavani dispute appears to have calmed, but another disgruntled player is now threatening to upset the proverbial apple cart in the PSG dressing room. Hatem Ben Arfa has appealed to the French League's legal committee over his banishment to the reserves, which the player's lawyer deems to be against the rules.

Don't forget that we'll also be bringing you live online coverage of the day's stand-out Premier League match, which sees third-placed Chelsea host leaders Manchester City at Stamford Bridge at 18:30 CEST:
Here's a reminder of how you can complement our live-text commentary of PSG vs Bordeaux with sounds and moving images:

Good morning! Join us for build-up to today's Ligue 1 clash in the French capital!

69' Off for Giovani Lo Celso

55' Off for Alexandre Mendy

74' Off for Jonathan Cafu