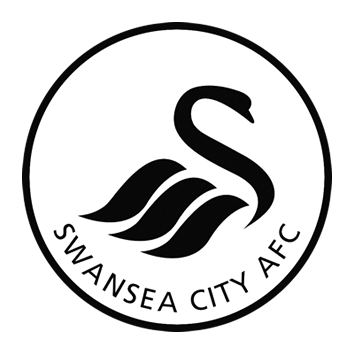 Welcome to our live online commentary of the Premier League week 22 match between Liverpool and Swansea from Anfield. Kick-off Saturday 21 Januray 2017 at 13:30 CET.

The bookmakers view is that this game will be a rather easy affair for the home side, with the Anfield outfit one of the title contenders welcoming the side propping up the Premier League table. But, as we've seen on several occasions this season alone, rarely can anything be taken for granted in this competition.

Jürgen Klopp's team currently sit joint second, behind Spurs on goal-difference, but know that a win may take them above their London rivals who have a difficult game at the Etihad this weekend. As the league's top scorers on 49 the German will also want to demonstrate that the recent lull in performances - most notably the EFL cup first-leg loss to Southampton with a strong side out - is a short-lived episode and that they are serious challengers to Chelsea, who will be visiting Anfield soon.

Although some see the loss of summer-signing Mané to the African Cup of Nations as a factor to the drop-off, the return of Philipe Coutinho after injury could be the tonic required to find that envigorating pace and movement to their attacks. Simon Mignolet seems to have benefited from his time on the sidelines and there are options a-plenty throughout the pitch - including some very promising youngsters. The team were disappointed not to take all three points from Old Trafford last weekend and will be showing no mercy to the plight of their Welsh opponents.

With just 15 points on the board after 21 games, the worst goal-difference of all the teams, and with their fourth manager in just over two years things are looking bleak for the Welsh side. Paul Clement has plenty experience at some big clubs, most recently Bayern Munich, but coming to Anfield is about as big a test as he could have imagined. Last time out, another of the top teams, Arsenal, scored four without reply against the Swans, and Clement will have been working hard on tightening up the ship, while maintaining some of the very respectable play that they showed in the first half.

There is a general consensus that the players at Clement's disposal are good enough to stay up and if they can frustrate Liverpool for long enough, gaps are always likely to appear in the home defence. Fernando Llorente should prove a credible threat, especially at set-pieces, and new signing Luciano Narsingh is likely to get some gametime, possibly from the start. There could be further new blood on show with Tom Carroll and Martin Olsson being asked to limit the chances being created by Firmino, Coutinho and Lallana, to name but three. The key to any joy in Liverpool will be a perfect metaphor for the Swans, with the feet having to pedal hard under the play on top.

69' Off for Divock Origi