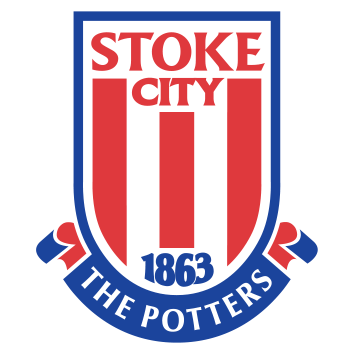 Hello and welcome to live online coverage of the Premier League week 22 match between Stoke City and Manchester United at the Bet365 Stadium, to be played on Saturday 21 January 2017 at 16:00 CET.

Ninth hosts sixth in the Premier League as a Manchester United side four points off the Champions League places make the trip to Stoke-on-Trent.

United, who are fresh from overtaking Real Madrid and Barcelona at the top of football's rich list, take on a team managed by ex-Red Devils star Mark Hughes - who is looking for his 50th Premier League win as boss of the Potters.

José Mourinho's men will be protecting a long unbeaten run, with Zlatan Ibrahimovic's late equaliser against Liverpool last time out taking United to 16 games without loss in all competitions.

Stoke have picked up all three points in their last two in the Premier League - either side of an FA Cup defeat to Wolverhampton Wanderes - with a 3-1 weekend victory at Sunderland following a 2-0 win at home to Watford on 3 January.

And striker Peter Crouch, who was on target in both league triumphs, has the chance to chalk up his 100th career top-flight goal on Saturday - with the frontman not ruling out a return for his famous 'robot' celebration if he brings up his century.

"Maybe it will come out, we'll see," Crouch told Stoke's official website, adding: "I think half of the reason people enjoyed it was because I wasn't that good at it, so maybe I should start practising a little bit."

The fixture sees Mame Biram Diouf, Wilfried Bony and Ramadan Sobhi all at the Africa Cup of Nations, with Jack Butland and Stephen Ireland long-term absentees and Jonathan Walters also set to miss out.

Such is the Old Trafford outfit's recent form that, until Sunday's stalemate with Liverpool, they had tasted triumph in nine games in a row between the Premier League, Europa League and FA Cup.

They'll now bid to return to winning ways against a side who frustrated them in a 1-1 draw in Manchester in October, but who've stopped them from netting in just one of their last 21 league meetings.

However, that one occasion came last term in a 2-0 reverse at the Bet365, and United - for whom Eric Bailly is away at Gabon 2017 and Luke Shaw isn't match fit - will be keenly aware that they've lost on two of their past three league visits to the ground.

6' Yellow Card
87' Off for Gilbert Imbula

72' Off for Jesse Lingard