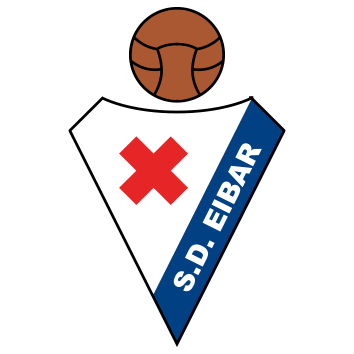 Welcome to live minute-by-minute commentary of the Week 24 game of LaLiga Santander between Eibar and Málaga. Kick off is 20:45 CET on Saturday 26 February from the Estadio Municipal de Ipurúa.

This match-up sees two teams whose form has been on the up in recent weeks. Despite the loss away against Sevilla (2-0) last time out, Eibar are having a memorable season that sees them sitting in seventh place ahead of the weekend fixtures with 35 points, just four short of a European place. Málaga, with nine points fewer, took all three points against Las Palmas last week and will be looking for a repeat of last season's corresponding fixture which they won 1-2.

It's been an impressive campaign from José Luis Mendilíbar's men, one in which they have already pretty much secured their place at the top table of Spanish football for another season before March is even upon us. Last week's loss in Seville is nothing to be embarassed about and came on the back of three straight wins. This home game against a lower placed side will be seen as a great chance to get more points on the board. Ipurúa is proving to be the launchpad for success this season for Eibar with 23 of their 35 points coming at home.

Team news: Gálvez and Junca have returned to training during the week and are expected to be fit, however, Dani García is a doubt and Nano is definitely out. Fran Rico too will miss this fixture after a seeing yellow a little too often as Eibar aim for revenge after defeat in this match last season.

Player to watch: Sergi Enrich - the striker has nine goals and four assists to his name and will be the main threat to Kameni's goal.

Marcelo Romero will have been relieved to secure the victory at La Rosaleda last week - which followed a credible 1-1 away to Villarreal - and will feel more positive coming into this fixture. It's been a tough time for Romero who stepped up to the bench-helm in December and hadn't seen a win until Las Palmas came to town. Positivity aside, the Málaga players haven't won away from home in their 12 attempts so far this season.

Team news: Ricca is back training and could be available while Sandro is close to recovering from his long injury absence. We'll have to see if Romero takes a risk any player that has not had much first team action recently. Kuzmanovic, Recio and Koné remain sidelined while Camacho and José Rodríguez have yellow and red card-knack respectively.

Player to watch: Charles - two consecutive scoring weeks suggest a return to form for the forward after a long spell out injured.

At the time of writing, the bookmakers will let you double your money if you're right in predicting a home win, however, four times your stake will be handed over if Málaga come away with the three points. Fancy Enrich to score first? You'll get odds of 11/2.

Place your bet on Eibar vs Málaga now.

52' Off for Javi Ontiveros

72' Off for Mikel Villanueva