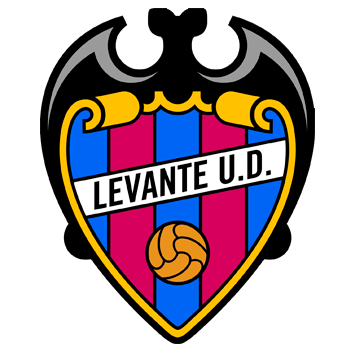 27' Change Out Benzema in Bale

61' Change Out Marcos Llorente in Isco

71' Change Out Lucas Vázquez in Kovacic

54' Change Out Álex Alegría in Boateng

67' Change Out Ivi in Samu García

90'+4' It's all over in the Bernabéu and Levante earn a valiant point. Two draws on the trot for Real now.

90'+4'  A desperate ball is hammered Bale-wards but it's cushioned back to Raúl and there's the whistle!

90'+1'  Levante come forward and Pedro López shoots awkwardly from a dropping ball, it's no problem for Casilla.

89'  Ramos, acting as a forward, sends in a cross and Levante hammer it clear. Four minutes added on...

88' The Brazilian got a little kick in on Lerma there after unleashing his shot and it's a straight red. He'll be suspended for Real Sociedad next weekend.

86'  Bale! That should be have 2-1. Isco sits up a cross and the Welshman gets above his marker but sends his header just wide of the upright. He really should have buried that and the whistles rain down from the stands.

85'  Five minutes to go now and Madrid ping a header over the bar. They don't really look like scoring but you just suspect they're going to anyway. Ramos in the 93rd?

83'  Isco twists and turns on the edge of the area but even the Malagueño magician can't find a way through the Levante wall.

81'  Asensio! The Real forward gets a good shot off and draws an even better save for Raúl, who has been nothing short of excellent for the visitors this afternoon.

80'  Corner for Levante as Boateng hurls himself around the forward line again. It's a woeful one though and straight out on the other side of the pitch.

79'  There are 10 minutes to go and Levante could be down to 10 men as it looks like Chema has twanged something and Muñiz has used up all his subs.

77'  Free kick for Real as Carvajal is fouled, it's right on the edge of the area but Kroos elects to loft it and Raúl is out to punch it clear.

75'  A nice interchange between Isco and Bale is thwarted by the lino's flag. Boateng is making a real nuisance of himself across the back line as Levante look to spring a trap on the break. Samu is released down the left but he's called offside.

73'  Real are hammering on the door now, Levante can't get the ball under their control and the home side are putting relentless pressure on.

72'  It's a pitched battle now in the Levante half, the entire Real side and the visitors all hammed into a 20-yard line.

70'  Another corner for Madrid as Marcelo's cross is cut out. It comes to nought though and Vázquez's number comes up for Kovacic.

69'  Asensio! The Spain international, for the first time, finds some space on one of his trademark runs across goal from the right but fires his shot wide.

68'  Carvajal gets into another exchange of words with the ref as he tangles with Boateng again. Mateo Kovacic is about to come on for Madrid.

66' And it's goalscorer Ivi who makes way for García, striker for striker.

65' Carvajal is most unamused as he goes into the book for a tackle on Boateng, slapping the turf and showing the ref in no uncertain terms that he came away with the ball. The official is not sympathetic.

64'  A final change for Levante coming up, Samu García preparing to come on.

62'  Levante have dropped back now and are often defending with a five man line, hence Isco is sent into the fray to pick the lock.

61' Huge roar from the Bernabéu as Isco is introduced for the final half hour.

61'  Vázquez hoists one into the box and Bale gets above the Levante defence but his header brushes the top of the net.

58'  Marcelo buys himself a yard in the box and slots it to Asensio but the Spain international can't quite reach it.

57'  Another Madrid corner as Asensio's cross is hooked clear. The Mallocan sends it in himself but Levante clear without any problems.

56'  Bit of a mix-up at the back for Levante, Raúl put under pressure by a soft back pass down the line. He's out of his area so just knocks it into touch and trots back. Real take the throw quickly but can't take advantage of the temporary opening.

54'  And here comes Boateng, whose pace Levante will try to exploit to get in behind Real's back four. Alegría the man to make way.

54'  Madrid finally get a foot on the ball and bring it upfield, winning a corner. Ouch. Ramos tries and overhead but connects only with Lerma's face. Yellow for the Real captain.

53'  Levante pushing for a goal here with a decent spell of pressure in the Real half.

51'  Boateng preparing to come on for Levante, who earn a corner.

49'  Theo miscontrols on the touchline and it's a Levante throw. Campaña goes on a run the length of the field and feeds Alegría but the striker's shot is weak and Casilla gathers easily.

47'  Alegría goes into the book for what looked like an elbow on Ramos but it was a harsh decision with the Real captain clambering all over him. Looked accidental. Doubtless Levante will appeal that.

46'  Bale put through early with a Ramos long ball and the Welshman throws an ineffective leg at it. He was offside anyway.

45'+1'  Real take the free quickly, Kroos takes a couple of touches on the advance and unleashes a shot from distance that Raúl gets down well to stop.

45'+1'  Lerma goes into the book for a foul on Kroos. First caution of what has been a game contested in the right way over the 45.

44'  Raúl! bale is sent through by a fine ball from the back and finds himself one on one with the Levante keeper. He tries to place it with the outside of his left boot but Raúl spreads himself and makes an excellent save.

42'  Real Madrid win a couple of corners in quick succession as they turn the screw looking for a pyschological blow before half time.

40'  Levante starting to lose their shape a little bit now. Half-time will be welcome for Muñiz to get his chalkboard out again.

37'  Theo looks for a penalty but he makes a bit too much theatre out of the slightest of touches and the ref shakes his head.

33' Goooooooal! Vázquez with a tap-in after a Ramos header took an unfortunate rebound off Raúl's knee into the path of the lurking Galician.

33'  Marcelo attempts to wriggle through the Levante defence but ends up on the wrong end of the whistle as he clips Pedro López. Don't want to tempt fate but it's really looking like Real are going to struggle to score against this back line. Muñiz has them locked up tighter than a Scotsman's whisky cabinet.

32'  On second viewing, it looked as though Casilla had that well covered.

31'  Close! Ivi takes and seeks to surprise Casilla, going for the near post. It's a whisker wide.

30'  Levante have a handy looking free kick now after Vázquez clipped Ivi. The big men are coming up...

29'  A long hoof almost puts Bale in, the Welshman applauding in appreciation. Looks like Bale will be operating as a striker now.

27'  Bale on to replace the Frenchman. No Borja Mayoral on the bench today so Real are now without a recognised striker as they chase an equaliser.

25'  Hello, it looks as though Benzema has pulled something and won't be able to continue. That's a shame for the Frenchman, who had a couple of openings and was showing the kind of enthusiam for the task that the crowd enjoys.

24'  Well, this doesn't happen often. López didn't cede the armband when he limped off so Levante are currently captainless, the visitors' bench deperately trying to inform the officials of the fact. But the game is frenetic at the moment and there's been no pause.

23'  60 percent of possession for Madrid so far, but as my dad is always keen to point out, it doesn't matter if you don't put it in the net. Levante still holding an unlikely lead in the Bernabéu and Real haven't really troubled Raúl in the sticks so far.

21'  It's a decent enough delivery from the German but Levante clear. The ref had blown anyway for a foul by Ramos during the group leap.

19'  Ooooh, bad news for Levante. Pedro López is on for his namesake Iván, the Levante captain hobbling off with a twang.

18'  Kroos down in the box but doesn't make much of a fuss. There might have been the slightest touch of the ankle but the ref wasn't impressed anyway. Llorente tires of the build-up business and tries his luck from distance but it's well wide.

17'  Marcelo releases Benzema with a lovely ball but Raúl is quick to spot the danger and is out to gather.

16'  Lovely cross field ball from Ramos to Lucas, but the winger pings his cross straight into Raúl's paws.

15'  Chance for Benzema but Raúl is down to smother the danger.

13'  Nicely worked chance for Asensio, who fires into a Levante defender. Good approach play from Benzema there. Real looking to land a quick response to that early sucker punch.

12'  Goooooooooooal! Gooooooooool de Levante. Ivi takes advantage of a complete balls up in the Real defence to prod the ball past Casilla. Terrible defending from Carvajal, everyone else out of position. Route one, 1-0.

11'  Corner for Levante as Carvajal gets a challenge in on Ivi. Casilla out well to punch it clear though.

10'  Levante almost find a way through a crowded penalty area but Theo makes a last-ditch clearance.

9'  There are definitely a few holes in this Real formation for The Frogs to exploit with the pace of the left back.

8'  Toño goes on a gallop down the left but he outruns his teaammates and is guided into touch by the watchful Carvajal.

6'  Real building from the back here, then Asensio is targeted for a long ball but it's hit too long for the youngster. Levante are looking very confortable at the back so far.

4'  Benzema is up for it today, chasing down Raúl on his own goal line. The Bernabéu enjoyed that. He's got some va-va-voom going on today, old Benz.

3'  What a tackle! Lerma gets a glorious challenge in on Benzema, who was careering towards goal. It was one of those when the forward goes flying and the defender emerges with the ball stuck to his boot. Wonderful stuff.

1'  It's a bit of a windy one in Madrid today, Zidane's tie is blustering away on the sidelines. First real attack from Madrid, a lovely touch from Vázquez to play Asensio in but the Levante back line have seen what he can do from that sort of position and close him down sharpish.

So a 4-2-3-1 for Zidane. We're rather looking forward to seeing Marcelo unleashed as an out-and-out winger to be honest.

The players are in the tunnel now and we're about to get underway...

Debuts today for Theo Hernández and Marcos Llorente - well, it's a second debut for the midfielder, who made his first appearance for Madrid in October 2015, against Levante.

Bad news for Levante ahead of kick-off. Enis Bardhi, who looks like quite the signing for The Frogs, has been ruled out. No news as to why available at the moment. His dead ball expertise was likely to be Levante's best chance of bothering Casilla this afternoon. In addition to the suspension of José Luis Morales, that leaves Levante a bit short of flair.

It's an interesting team selection by Zidane today, giving some of his youngsters a run-out. Real have scored in 70 consecutive official games now and are just three short of equalling the record set by Pelé's Santos in the 1960s. 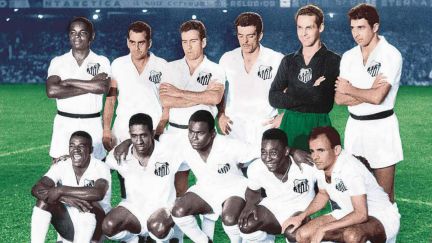