Nadal books place in final after gruelling battle with Dimitrov 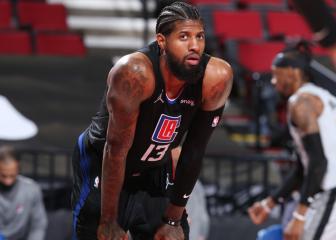 Nadal books place in final after gruelling battle with Dimitrov

The Spaniard outlasted a relentless Grigor Dimitrov in Melbroune 6-3 5-7 7-6 6-7 6-4 and Roger Federer awaits Nadal in the final on Sunday.

Rafa Nadal fended off Grigor Dimitrov 6-3 5-7 7-6(5) 6-7(4) 6-4 in a marathon semi-final on Friday to set up a dream Australian Open decider against great rival Roger Federer.

Nadal was under siege from the dogged Bulgarian for much of the nerve-shredding clash at Rod Laver Arena, but the Spaniard crashed through Dimitrov's defences in the final set to book his first grand slam final since his 2014 French Open title.

With tension reaching boiling-point and the terraces roaring, Nadal captured the decisive break in the ninth game and closed out victory on his third match point when Dimitrov hammered a backhand long.

Nadal and Federer will meet in their ninth grand slam final and first at Melbourne Park since the Spaniard won the 2009 title.