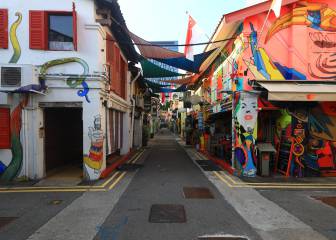 Karolina Pliskova and Barbora Strycova dispatched Garbiñe Muguruza and Lara Arruabarrena in the reverse singles on Sunday. Spain-Italy U21 live

Karolina Pliskova and Barbora Strycova sent the Czech Republic into the Fed Cup semi-finals after beating Garbiñe Muguruza and Lara Arruabarrena respectively in the return singles rubbers on Sunday to post an unbeatable 3-1 lead against Spain.

Seeking a fourth straight Fed Cup title, and sixth from the last seven editions, the Czechs will face either Germany or the United States in the semi-finals on April 22-23.

The United States led 1-0 after Saturday's only rubber in a tie marred by rain and a blunder involving the performance of Germany's World War II anthem at the official start.

On the hardcourt in the eastern Czech steel hub of Ostrava, the fast-serving, aggressive 24-year-old Pliskova gave the struggling Muguruza no chance.

The 23-year-old Spaniard snatched a single break late in the second set, but that was all she had to offer while Pliskova broke her serve almost at will, leaning on solid returns.

Pliskova: "One of the easiest matches we've played"

"My fast play worked well today and... I think I served very well throughout the match," Pliskova told the public Czech TV after winning her fifth straight rubber against Muguruza. "I guess this was one of the easiest matches we've played," she said.

The 30-year-old Strycova had more work to do against Arruabarrena.

They traded breaks halfway through the first set before Strycova broke once again and held on to her serve in a marathon 12-minute game eight to finally take the set 6-4.

"That game was crucial, I got a boost when I won it and then I played quite well and moved well too," said Strycova.

Almost flawless at the net, Strycova showed her dominance over the 24-year-old Spaniard in set two, stepping up her game for a 6-4 win.

"We played for Petra"

The Czechs missed two-time Wimbledon champion Petra Kvitova, who was injured in a fight with a knife-wielding burglar at her home last December.

"Of course we played each game for Petra, we miss her a lot, but we know she's strong and she'll be back with us," said Strycova.