The LaLiga club are permitted to sign a replacement for Vidal, who suffered a long-term injury against Alavés at the weekendBarcelona vs Deportivo: LaLiga

Barcelona are understood to be out to take Eibar's Ander Capa on loan to cover the absence of right-back Aleix Vidal, who suffered a serious injury on Saturday.

Vidal out long-term with ankle injury

Vidal is set for five months on the sidelines after dislocating his ankle in the closing stages of Barça's 6-0 LaLiga victory away to Deportivo Alavés.

Due to the length of his expected period out, regulations allow Barça to bring in a replacement if it is a player based in the Spanish top flight or who is out of contract.

And the club are thought to have made contact with Eibar over a move for the 25-year-old youth product - with the Basques turning down their initial approach.

Capa, who has made 17 LaLiga appearances for José Luis Mendilibar's side this term, has also been a target for Premier League teams in recent months. 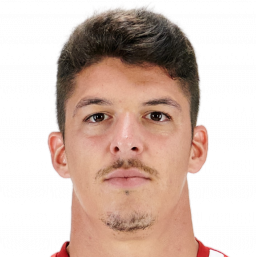