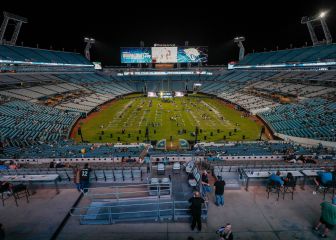 Source: Tebow returns to NFL, will sign with Jacksonville

Maxime Lopez, who was rumoured to be on Barcelona's agenda as a replacement for Ivan Rakitic, has amplified his contract with Olympique Marseille until June 2021.

The 19-year-old, who joined the club's youth system six years ago, has been ever-present in the team in Ligue 1 since October in an impressive breakthrough campaign. Lopez's performances have reportedly attracted the interest of Barcelona, who are rumoured to have been preparing an offer for the player at the end of the season should Ivan Rakitic move on.

But the France Under-20 international has now committed his future to Les Phocéens by signing a contract that will keep him at Stade Velodrome until June 2021.

Marseille president Jacques-Henri Eyraud believes Lopez's renewal will show the young talent at Marseille the value of spurning potential interest from elsewhere. "Maxime Lopez's extension is a strong symbol for all of us," he said. "He is a young, talented player who is very appreciated by the fans, and to whom we want to give a chance to develop into a man at the foundation of our sporting project.

"Beyond that, the message we want to send to the young Marseille players is that everything is possible with OM as long as the following conditions are met: exceptional discipline and work ethic, personal talent, and a mentality to put the collective interest ahead of individual interest."

West Ham confirm Payet on his way to Marseille