"Cristiano Ronaldo prefers playing out on the wing," admits Zidane 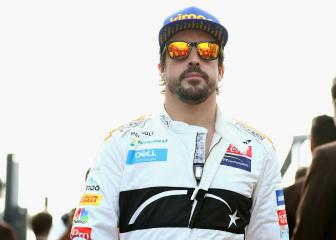 "Cristiano Ronaldo prefers playing out on the wing," admits Zidane

Zinedine Zidane says Cristiano Ronaldo's preferred position is out wide, but has backed the Real Madrid star to get back among the goals soon in his new more central striking role. Super Bowl 2018 live online: Patriots vs Eagles

Zinedine Zidane says Cristiano Ronaldo's preferred position is on the wing and has backed the Real Madrid star to get back among the goals soon.

Ronaldo has failed to find the net in his last two outings, a 3-1 win over Napoli in the first leg of the Champions League's round of 16, followed by the 2-0 LaLiga victory at home to Espanyol.

Appearing at a news conference to preview his team's trip to face Valencia in the league on Wednesday, the Madrid coach was questioned about his use of the Portugal star, prompting an unequivocal response.

"He's always played out on the flank," Zidane said.

"That's his natural position. I'm sure he will score goals. He can play in a variety of positions because he's an outstanding player. But he prefers playing out on the wing. That's where he's scored 300, 400 goals?," he added, prompting laughter among the watching media.

The Frenchman also flagged the possibility that Ronaldo will be rested at times during the final months of the season, as Madrid challenge for both domestic and Champions League honours.

"I think it was a cup game if I'm not mistaken," he said of Ronaldo's previous unforced absence.

"And I'm pretty sure there'll be another game or two when he'll be rested. But he'll play on Wednesday, definitely."

I value what James Rodríguez is doing - Zidane

As speculation mounts over the future of Madrid's fringe players, Zidane welcomed comments from James Rodriguez last week in which the Colombia international stated his desire to remain in the Spanish capital.

"I value what he's doing now, when he plays," he said. "He's doing very well. His contribution has been good.

"He can get the best out of his team-mates. I'm happy that he came out the other day to say he wants to stay at the club."

Finally, the coach would not confirm if Gareth Bale, who made a goal-scoring return from injury off the bench against Espanyol, will feature at Mestalla.

"You'll find out on Wednesday. He's happy, in great shape, but we'll have to wait and see."

Zidane: "Isco knows I love him, but he's part of squad rotation"

"Ronaldo, the Brazilian one, was the best at everything"