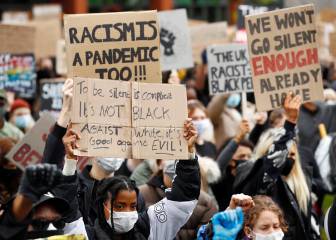 Valencia flew out of the blocks to sink Real Madrid but Sergio Ramos reminded his team-mates LaLiga's title race remains in their hands.

Real Madrid captain Sergio Ramos is remaining calm after LaLiga's leaders passed up the opportunity to tighten their grip on the title race.

Early goals from Simone Zaza and Fabian Orellana fired Valencia to a 2-1 win over Zinedine Zidane's men on Wednesday, with Madrid unable to muster a second-half response after Cristiano Ronaldo reduced the arrears before the interval.

Madrid remain a point ahead of Barcelona at the summit and still have one game in hand on their rivals, who face a tricky trip to Atletico Madrid on Sunday.

Ramos and his team-mates could have a similarly testing time at Villarreal and he told Madrid's official website: "Whenever you lose, it's always very easy to draw conclusions, but we've got to remain calm because we've given a good account of ourselves [at Valencia].

"Defeat hurts because this was a key opportunity to have extended our advantage at the top, but we've got to move on and think about our next game. The Liga season is a very long one. "It was a really intense game and we would have liked to have put some points on the board because this was our wild card and a chance to have increased the gap on our rivals.

"Ultimately, two mistakes at the start have ended up costing us the game. We came out looking to put in the sort of the performance we needed to, applying the high press and they've gone and punished us on two chances."

Ramos added: "Despite the season that they're having here at Valencia, we knew that everyone gives every last ounce against us because coming up against Real Madrid gives them that added drive.

"They managed to make the most of their chances and then held onto their lead."