Celta plant the flag in the soil of Kharkiv 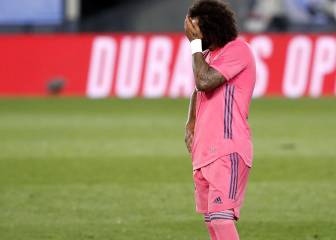 Celta plant the flag in the soil of Kharkiv

Thursday evening appeared set to be a collective disaster in the Europa League after Villarreal and Athletic were both eliminated in the earlier kick-offs. After them came Celta Vigo, who went out on to the pitch at Kharkiv’s Metalist Stadium to try and turn a 1-0 deficit from the first leg around. And they did it. Celta saved their European campaign with a well-managed game and, it has to be said, a fair helping of luck. At the very end of the 89th minute, match referee Slauko Vincic allowed himself to be influenced by John Guidetti’s body-language as the Sweden international fabricated a penalty as Pyatov shaped to clear. Iago Aspas stepped up, swept a cool penalty past the keeper and sent the game into extra time. Gustavo Cabral did the rest with his goal in extra time and Celta go into the draw for the last 16.

Kharkiv will now enter into the folklore of Celta Vigo, as it imprinted on my mind and many others of my generation. Shakhtar are unable to play in their own city, Donetsk, which has been swallowed up in a conflict zone, so the home side entertained Celta in Kharkiv. When I said that people of my generation know the city is it because of a book that was on the syllabus at school when we children entitled “Kharkiv, kilometre zero.” In it, a boy is searching for his father, who has been taken away from his village by Russian troops. I cannot remember if the boy finds his father, but Celta found there a passage to the next round of the Europa League.

And, as an indirect result, that result will take the Liga to the limit, or near enough. Had Celta been knocked out on Thursday, the postponed league game between the Galicians and Real Madrid could have been played on March 15, to get the fixture schedule back on track. Now the game will have to wait until both sides have been knocked out of European competition and, if that doesn’t happen, the fixture cannot be honoured until May 17, the Wednesday between the final two weekends of Liga action. That is a small concern compared to the good news that Celta are keeping the flag of our football flying in the Europa League, softening the blow of losing Athletic and Villarreal and following in the footsteps of Atlético and Sevilla.