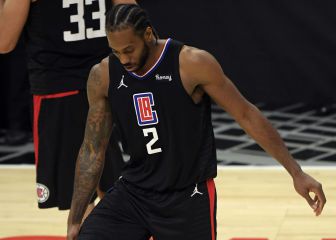 Ireland collected back-to-back wins in the Six Nations with a 19-9 victory over France in Dublin, a triumph inspired by Jonathan Sexton. France-Netherlands: 2018 World Cup qualifier

The fly-half kicked 11 points in Dublin on Saturday as Ireland's unbeaten run at home in the Six Nations grew to 10 matches, with Conor Murray scoring their only try from close range.

It was the visitors who started well with two kicks from Camille Lopez but the French were unable to end their away-day woes, Guy Noves' side slipping to a fifth successive defeat on the road for the first time since the expansion of the tournament to include six teams.

Ireland were grateful to Sexton for keeping the scoreboard ticking over in the second period, while the hosts remained resolute in defence amid late France pressure.

Victory moves Ireland top of the table after three games, with England able to reclaim first place if they defeat Italy at Twickenham on Sunday.

Buoyed by their victory over Scotland last time out, France made a positive start with the ball in hand - Baptiste Serin, Noa Nakaitaci and Scott Spedding all breaking the gain line.

Their first points came from the boot of Lopez in the 12th minute as he stroked a penalty over.

He was at it again before the midway point but only after Remi Lamerat had seen a try ruled out by the TMO for a knock-on by Gael Fickou in the build-up, Lopez kicking a penalty after the play had been brought back to France's previous advantage.

Sexton grabs the game by the scruff

As half-time approached the Irish burst into life, Sexton leading the charge with a number of piercing runs and beautifully judged kicks.

His half-back colleague Murray ensured the hosts went into the break ahead with an opportunistic score from the base of a ruck, the scrum-half diving over before Sexton added the extras.

The second half belonged to Sexton as he continued to show his accuracy with the boot, both sides playing some attacking rugby but Ireland's precision proving too good.

Sexton kicked an early second-half penalty after Serin had been punished for holding back Murray at a scrum, and the 31-year-old added a drop goal in the 50th minute to extend Ireland's lead.

More indiscipline from the French gave Sexton another opportunity, and once again he made no mistake with a pinpoint kick from the tee.

Lopez was able to cut France's deficit in the final 10 minutes with his third penalty, but replacement Paddy Jackson ensured a 10-point winning margin with a late penalty of his own.