Ronaldo spot on as he takes LaLiga penalty record 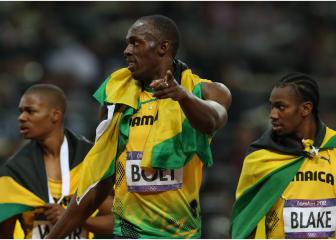 Yohan Blake: "I'd prefer to miss the Olympics than take covid vaccine"

Ronaldo spot on as he takes LaLiga penalty record

Real Madrid's Cristiano Ronaldo has yet another title to his name after becoming the most prolific penalty scorer in LaLiga history.

Cristiano Ronaldo has become LaLiga's all-time leading penalty scorer after netting from 12 yards for the 57th time in the top-flight during Real Madrid's match at Villarreal.

Ronaldo had been tied on 56 with Madrid legend Hugo Sanchez since scoring from the spot in Madrid's 2-1 defeat to Sevilla on January 15.

But now he has the record all to himself having slammed home a penalty on Sunday after a Toni Kroos shot was controversially adjudged to have struck the arm of Bruno.

Ronaldo's successful spot-kick brought the match back to 2-2 after Madrid had earlier fallen two goals behind.

Lionel lags behind Cristiano on 43

Ronaldo's 57th spot-kick is his fifth penalty goal in LaLiga this season and takes his overall league tally for the campaign to 16.