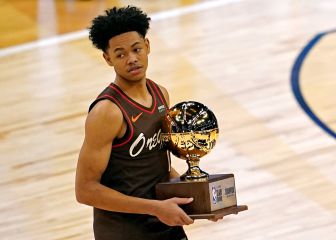 Sabonis, Curry and Simons take the events at the All-Star Game

Mario Gotze will miss an unspecified period of further time for Borussia Dortmund after tests uncovered a problem. Warriors @ Cavaliers

Borussia Dortmund midfielder Mario Gotze has been ruled out for an unknown period due to "metabolic disorders" that have caused his recent injury woes. Gotze has not played in any of Dortmund's last six matches due to muscular problems, which have been plaguing the playmaker "over recent months".

The club subsequently conducted "thorough internal tests for possible causes" and found a metabolic disorder that will lead to a spell out of action.

"I am getting treatment and will do everything to get back into training again to help our team reach our goals," Gotze told the club's website.

Positive outlook for the future

Sporting director Michael Zorc added: "We are glad that we have uncovered the reasons for Mario's problems and we are convinced that he will give us an extra quality with his extraordinary skills once he has completely recovered. Everybody at the BVB will give him full support."

Dortmund are preparing for Tuesday's DFB-Pokal quarter-final away to third-tier side Sportfreunde Lotte.

"I expect to face a brave opponent who has nothing to lose," said head coach Thomas Tuchel. "I have not yet decided on my personnel. We brought an absolute top performance in Freiburg and this gives us much confidence."