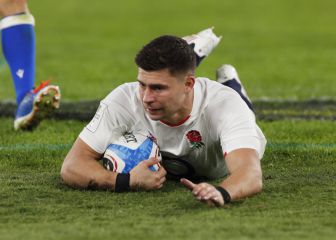 The Scottish player and world number one doesn't believe that wild-card places should be given to players that have been found guilty of doping.

World number one Andy Murray is against giving wild cards to players returning from doping bans but the 29-year-old understands why tournament organisers make an exception for "big names".

Maria Sharapova has been given wild-card slots for tournaments in Stuttgart, Madrid and Rome despite falling down the rankings as she serves a 15-month doping ban for testing positive for meldonium at the 2016 Australian Open.

Wimbledon with a decision to make

With Sharapova's ban ending in April, Wimbledon organisers are grappling with the potential dilemma of whether to hand the 2004 champion a place in this year's competition in July.

"I think you should really have to work your way back. However, the majority of tournaments are going to do what they think is best for their event," Murray told the Times newspaper.

"If they think having big names there is going to sell more seats, then they're going to do that. She (Sharapova) has an opportunity to try to improve her ranking up until that point and potentially not need a wild card."

"But then if she doesn't, that becomes Wimbledon's decision and how they want to play that," added the Briton. "I'm sure they'll think long and hard about it and how they feel people will view it and then make the right decision for them."

Sharapova: "I found out that I'm very good at resting"