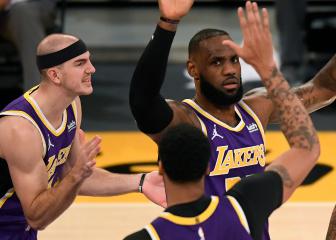 Jose Mourinho was not impressed with the state of the pitch where Manchester United will lock horns with Rostov on Thursday.

Manchester United manager Jose Mourinho voiced his dismay with the state of Rostov's pitch ahead of first leg of their Europa League last-16 tie and also rounded on UEFA's response to his complaints.

Henrikh Mkhitaryan's return from injury could be scuppered over concerns about the turf at Olimp-2, with Mourinho admitting his team selection would be influenced by a pitch he claims is reminiscent of the rain-sodden one in Beijing that saw a pre-season friendly against Manchester City cancelled.

When airing his concerns with UEFA over potential injuries, Mourinho claims he was told "what happens to them is no problem".

"It is hard for me to believe that we are going to play on that field, if you can call it a field," Mourinho stated at a news conference. "I have a lot to think about because I was expecting something more playable. In a very similar pitch in the summer in China we decided not to play, but it looks like we have to play.

"They defend with 10 players and are very dangerous on the counter-attack," says Mourinho on FC Rostov. "Their attacking players are good." pic.twitter.com/BPejZmtWQ8

"I was analysing these very good opponents that we did not speak about yet, and in their previous matches against Bayern, Ajax, Atlético Madrid, in all these matches it looked for me a very playable pitch. I was very surprised with what I found here.

"I told one gentleman from UEFA of my concerns. He just told me the players are insured, so what happens to them is no problem. And I do not know what team to play, really. I do not know if Mkhitaryan is going to play. I do not know."

No Premier, so Europa focus for Zlatan

One player who will start on Thursday is Zlatan Ibrahimovic, with the striker unavailable for United's next three domestic games due to suspension. Mourinho would not be drawn on his thoughts about Ibrahimovic's three-match ban for elbowing Bournemouth defender Tyrone Mings.

Get more quotes from Jose Mourinho and Daley Blind in our live #UEL blog: https://t.co/Jw6W8toVeX pic.twitter.com/70AQnuuMLH

Daley Blind, meanwhile, acknowledged the poor pitch is likely to make things difficult for United, but he refused to look it as an excuse.

"To be honest the pitch is not the best," the Dutchman added. "But we cannot use that as an excuse. The pitch is not good maybe for safety as well, but you have to gather your mind and be fully concentrated on the game." 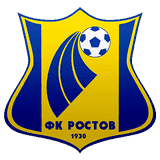