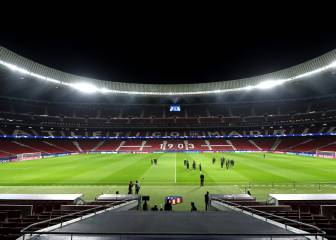 Barça showed another side to their character at Riazor and Deportivo, spurred on by new boss Pepe Mel took full advantage. For some it may be shocking to witness how a team can undergo such a radical change in just a matter of days – one explanation could be the hangover (in the best sense of the word) from the PSG game, another is that it was a different side altogether. Those who were brought in to refresh the team (Arda Turan and André Gomes in particular) showed little conviction. Neymar was rested, and Messi didn’t play well. Depor meanwhile looked solid and brimming with confidence – in sharp contrast to the frightened PSG they encountered a few days ago. And so with all of those factors it was hardly surprising that their game ended in the way it did, to see Depor inch away from the danger zone and Barça lose their provisional lead at the top of the table.

Keylor Navas, the protagonist against Betis

That was because Real Madrid won their match against Betis at the Bernabéu, however not without a struggle. They scraped a win thanks to a stunning last minute save from Keylor Navas. The Costa Rican was one of the key figures of the evening – he should have been sent off early in the game for bringing down Brasanac outside of his area. Then he palmed the ball into his own net instead of blocking it and suffered whistles from the stands from that point on – and the occasional round of applause it has to be said. In the dying moments, he clawed away a Sanabria header effectively saving the team two points. He was permanently in the spotlight...

Ramos to the rescue

...as was match official Mateu Lahoz, who is starting to become a bit of a tired, lame joke. When he first appeared in the top flight, he seemed an authentic maverick – a referee who allowed play to flow, very much in the style of English refereeing. But now, after basking in his own individuality, he has become a caricature of himself, and eccentric figure prone to poor decision making. But topping the personality charts last night was Sergio Ramos who was Madrid’s savior once again, connecting with a Toni Kroos corner to head the team back into the game. It was yet another showing of faith and energy, a search for an impossible breakthrough in the Betis penalty area, and a forceful header which crashed inside the net – a magnificent header which puts Real Madrid back at the top of the table.

Barça brought back down to earth with loss to Deportivo