Apprehension at Madrid with Hazard set to undergo scan

The Espanyol forward punished Betis with a tremendous finish into the top corner on 90 minutes with the score level at 1-1 in Cornellà-El Prat.Sevilla vs Liverpool live online

José Antonio Reyes will still grinning from ear to ear when GOL's pitchside cameras pulled him over for a few words after a dramatic finale to Espanyol's meeting with Betis. The Catalans found themselves trailing after a debatable penalty decision allowed Rubén Castro to rifle the Andalucians ahead with little over 10 minutes of normal time remaining.

But incredibly, Javi Fuego volleyed home a loose ball to level it up with four minutes to go and three minutes later, Reyes shimmied past Rubén Pardo then beat Adán with a blistering strike into the top corner to send Cornellà wild.

“Sevilla will have enjoyed that, so it was for them too". Reyes said of this third league goal this season. "The end of the game suddenly became very complicated for us but we reacted. We didn't let our heads drop, we took the game up a level and even after equalizing, we wanted more and went for it". 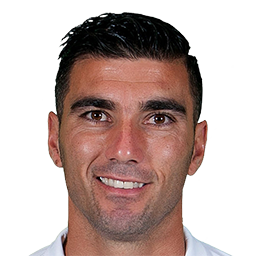