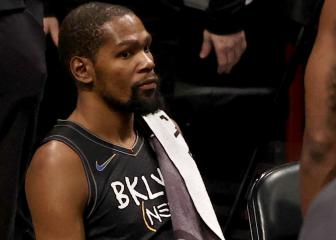 A seven-under-par first round for American Charley Hoffman was the biggest surprise in the windy conditions of Georgia but the Spanish contingent remain close enough.

Spanish star Sergio García finished Day 1 of the US Masters in Augusta with the best score of his compatriots. A -1 leaves him still very much in contention amid conditions that tested the best. Behind him, debutant with high hopes, Jon Rahm, shot a one-over round with Cabrera Bello two behind him and Chema Olazábal a further two off at +5.

And going into Day 2, the whole pack is chasing American Charley Hoffman, who shot an incredible -7, holing some wonderful putts in the Georgia wind.

Fred Couples is not surprised by much at the Augusta National after teeing it up at 32 U.S. Masters, but Thursday's opening round whipped up something that even he had never experienced before. "It was hard. It was windy," said 57-year-old Couples after returning a very solid one-over 73. "I've never seen it like this."

Couples, the 1992 Masters champion, was not alone.

From first time visitors to Masters veterans the feeling was the same, the howling winds bending flag sticks and Georgia pines were the wildest ever experienced at the year's first major.

Rose and Willett faced the challenge

Even for European golfers like Britons Justin Rose and Danny Willett, who grew up playing on windswept links courses, the conditions were among the most challenging they had faced. "You beat the golf course today, you can be pretty proud of yourself," said Rose, the 2013 U.S. Open champion who carded an opening round 71. "It was certainly very, very tough out there.

"I haven't played this course in a heavy wind like this before, or certainly nothing this heavy. And there's no respite out there. Even simple tap ins aren't simple."

Willett, the reigning Masters champion, opened his title defence with bogeys on the first two holes but eventually came to grips with the punishing conditions, which he considered borderline playable.

"Today was as strong of a wind as I've seen around here with it being playable," said Willett, who rallied from his early stumble to card a 73. We always know Augusta for having quick greens and if it was any windier out there today I think they would have probably had called it a little bit."

Enjoying the wind, Mickelson and Fowler

While many of the world's top ranked golfers were left baffled by the winds others, like three-times Masters champion Phil Mickelson and his fellow American Rickie Fowler, embraced the wild winds.

"You're not going to try to squeeze much out of the round today," Rickie Fowler. "Anything under par today was good and even par is still a good score and one over's not terrible.

"I love playing in the wind, this golf course is fun to play, you got to hit shots and quality golf shots especially in the wind, so the tournament's far from over."