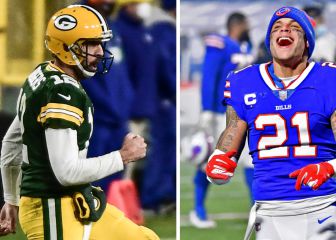 The Spaniard defeated his compatriot Albert Ramos 6-1, 6-3 to win the Monte-Carlo Masters and overtake Guillermo Vilas with 50 triumphs on clay.

Rafa Nadal swept past his fellow Spaniard Alberto Ramos to claim a record-breaking 10th Monte-Carlo Masters win on Sunday in a dominant 6-1, 6-3 defeat of the 15th seed.

Nadal, 30, will be aiming for a 10th French Open title in Paris next month.

It was Nadal's first title in almost a year and further cemented his place in history as he became the first man in the Open era to win the same event 10 times.

He won the title again last year and then added the Barcelona crown a week later, equalling Guillermo Vilas' record of 49 titles on clay, yet had not lifted a trophy since, losing three finals already this year, including January's Australian Open against Roger Federer.

He has now amassed 50 clay titles during his career, overtaking Vilas on the all-time list of clay court victories to confirm his status as the most successful player on the surface in history. His victory in Monte-Carlo also brought up 70 ATP titles for the 14-times Grand Slam winner.

"It has been an amazing week on one of the most important events on the tour. I played well here, which helps me a lot to start the clay court season with confidence," Nadal said after the game.