NFL Draft: Myles Garrett selected by the Browns with the number one pick 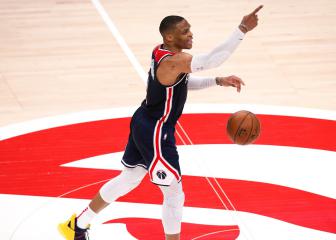 NFL Draft: Myles Garrett selected by the Browns with the number one pick

Myles Garrett has been selected by the Cleveland Browns as the number one overall pick and becomes the fourth Defensive End slected first overall in the last 20 years. Jadaveon Clowney (2014), Mario Williams (2006), Courtney Brown (2000).

When they compare you to Von Miller or Jadaveon Clowney, they are going to demand that you come in and contribute from the very start. Myles Garrett knows this. It is something that Garrett embraced for a year at Texas A&M where they spoke of him as a once in a generation talent. the kind of player that can change the fortunes of a franchise and the one who will carry wins and losses on his back and made accountable for both.

Garrett will contibute from the first minute on all downs and will instill a sense of fear in opposing quarterbacks. He will make sure that they never feel safe in the pocket. The 21-year-old had 31 sacks in 34 games for Texas A&M.

Quote from Garrett [on potentially being selected to go to Clevelend]: "If there's the opportunity to turn things around, that's what great players do. They don't complain or become complacent with losing. They just go back to work every day and try to turn things around and make wherever they are a great place to be."