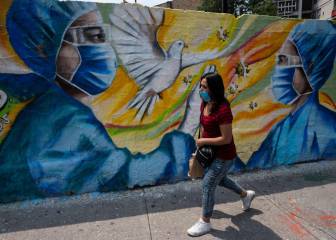 Fernando Alonso's decision to skip the Monaco Grand Prix in order to race the Indianapolis 500 does not sit well with Formula 1 CEO Chase Carey.

Formula One chief executive Chase Carey says he would prefer to see Fernando Alonso at the Monaco Grand Prix, as the McLaren star begins preparations for the Indianapolis 500.

Having failed to see the chequered flag in four races this season, Alonso has cut an increasingly frustrated figure in F1 this season as McLaren and Honda's relationship deteriorates further.

Alonso to skip F1 for Indycar

The two-time world champion will skip F1's flagship event in May in order to take part in IndyCar's standout race, as Zak Brown's American influence begins to spread at McLaren.

And though F1's new American influencer can understand Alonso's decision to ditch an underperforming car for a potentially once-in-a-lifetime opportunity, he has reservations.

"I have mixed feelings," Carey told Spanish media. "I would love to have Fernando in Monaco, driving a car with the possibility to win the race.

"But unfortunately, this does not seem possible in the short term."

Carey continued, "I understand his motives for seeking a challenge that motivates him and his choice is respected. And it is also indirectly beneficial to us as a great F1 driver who reaches the American audience in a different way.

"But it is not an ideal situation. If I could choose, I would prefer to see him in Monaco.

"That one of your stars decides to make a temporary jump to another competition is not positive.

"It is an unusual and unfortunate situation, especially for his team and also for us as organisers.

"But you also have to be pragmatic and constructive."

At the recent Russian Grand Prix, Alonso did not even make it to the start of the race, as his car encountered problems leaving the pit lane.

A cheery Fernando Alonso says 'nice surprises' are to come

Fernando Alonso takes on a troll: "Off to school tomorrow"