A fine Rashford strike enough against a grey Celta Vigo 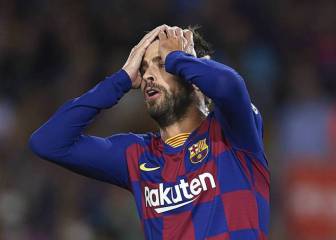 A fine Rashford strike enough against a grey Celta Vigo

Celta Vigo face a stern challenge and now have to travel to Old Trafford and attempt to beat United in Manchester. From what we saw at Balaidos last night, this will be a far from easy task. The English side dominated proceedings from start to finish and it's frustrating that Sergio was unable to stop the goal that would have kept the tie alive with a 0-0 scoreline after a fine evening for the Celta keeper. The overall sensation was that United were superior to the LaLiga side in every department with the men in red winning every man-to-man duel, looking physically stronger and denying the Galician side of any glimmer of hope much to the frustration of the home support.

United's physical condition certainly was impressive and Mourinho's men were utterly miserly in giving nothing away. They played a pragmatic game and always transmitted an air of superiority. Pogba, Valencia, Fellaini all impressed along with Rashford. The 19 year old is a product of the club's youth system who alongside the likes of Mbappé will be one of the footballing greats of tomorrow. He has great presence, is fast, possesses fine technical ability and has an excellent shot. Sergio did well to repel him in the first half as the striker steps into the shadow left by Ibrahimovic's long term injury. This is a player to watch.

Celta with room to improve

The only really positive note for Celta is that they can't play so badly again. It was apparent that the occasion may have overawed "Os Celestes" and now Berizzo's man need to lose these shackles as they travel to Old Trafford next week. The scoreline on the night wwasn't great but it could have been worse and a 1-2 would be an even steeper hill to climb in England on Thursday. Can they still pull it off? Celta were poor but we are all aware of the fine performances they are capable of. They showed flashes of the Celta we know in a brief spell just before the goal. Berizzo has a week ahead of him to restore the confidence that his team needs ahead of the return leg.