All Blacks to face Springboks in 2019 World Cup 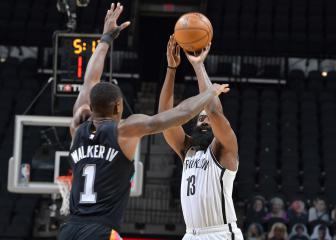 All Blacks to face Springboks in 2019 World Cup

South Africa will have the huge challenge of taking on the All Blacks in the World Cup in Japan with both nations drawn together in Group B.Uganda vs Ghana live online

Holders New Zealand will face South Africa in the pool stage of the 2019 Rugby World Cup in Japan, while England will be up against Argentina and France.

The All Blacks, winners of the last two World Cups, were on Wednesday drawn to take on the Springboks, Italy and two yet-to-be-confirmed nations in Pool B.

Eddie Jones' England, ranked second in the world, have been given a tricky draw with Argentina, who were fourth in the last World Cup two years ago, and resurgent France.

Hosts Japan will be up against Scotland for the second successive World Cup in a Pool A which also includes Ireland.

We've drawn @Scotlandteam & @JRFURugby in the #RWC2019 Pool Draw. It's been a while since we met! pic.twitter.com/9eUZowF7M9

Australia, runners-up in the showpiece in England two years ago, lock horns with Wales and Georgia in Pool D.

New Zealand beat South Africa 20-18 in the first semi-final of the 2015 World Cup and the two heavyweights will meet again on rugby union's biggest stage.

The Springboks endured a miserable 2016, during which they were beaten by Italy for the first time, a feat which the Azzurri will look to repeat in Japan.

England failed to qualify from their pool on home soil two years ago and although the Six Nations champions will be expected to advance next time around, they will be braced for stern tests from the Pumas and France.

Japan were hammered 45-10 by Scotland in the 2015 showpiece in England after stunning South Africa in their first game of the tournament.

Australia and Wales qualified from Pool A at the expense of England at the last World Cup and they will be expected to be the top two in Pool D.

Eight places at the World Cup are still up for grabs and will be determined through the global qualification process, which ends in November 2018.

The draw in full: