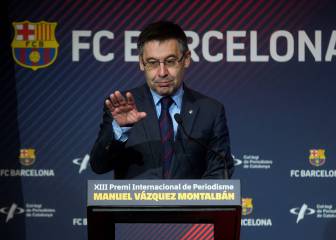 With all eyes focused on Cardiff and Saturday's Champions League final, yesterday's CAS ruling was a major setback for Atlético Madrid with the case surrounding the signing of under-age players upheld and as a consequence the ban prohibiting the club from signing players until January 2018 still stands. The CAS recently were confronted with a similar case involving Real Madrid and the club from the Bernabeu had their sentence reduced to the annoyance of many Atlético fans. It is worth looking at both situations in more detail and it's fair to say that Real Madrid dealt with matters in a better manner despite both cases being extremely similar in nature. Both clubs approached their respective line of appeal from a different angle and Real Madrid got it right.

Real Madrid immediately requested that the case to be tabled for a later date and produced many of the involved children's parents to speak on behalf of the club. The one judge overseeing their situation threw out the cases on children under the age of 12 maintaining that football was not the motivation in moving to the Spanish capital for the involved families. Atlético failed to request that the case be deferred and requested that a definitive judgement be passed on or before June 1. This approach meant three judges would deliberate on the case and coincidentally all three had been involved in the similar Barcelona case for signing under-age players. Atleti also failed to secure parents to speak out on behalf of the institution and put forward members of their Foundation who were directly involved in securing the players in question.

There is also the matter of the Chinese children who play for both clubs. Real Madrid have an agreement bin place with Soxna a company who supervises the process of developing talented Chinese youngsters through the club system. In Atleti's case they come through their traditional youth academy overseen directly by the club. In short, Real Madrid managed the affair in a better manner than their city rivals and as a a result were dealt with a more lenient sentence. Unfortunately for Atlético they are handicapped with no player acquisitions until January 2018. In the meantime the club will have to fight tooth and nail to retain Griezmann, who has been flirting openly with would-.be suitors. The club will now look to recall all loanees and as was the case with Barcelona in recruiting Arda and Aleix Vidal, look to sign  players who will be sidelined or even loaned out until next year. That approach as we have see with these two particular signings carries certain elements of risk

Real Madrid behind United in Europe's most valuable club list