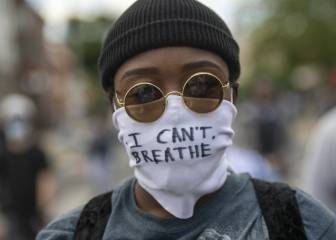 The nine-times Roland Garros champion spoke ahead of his final match-up against Stan Wawrinka in Paris on Sunday.

Rafael Nadal, widely considered the greatest clay court player of all time, has said that claiming an unprecedented 10th Roland Garros title on Sunday when he faces Stan Wawrinka in Paris would not be his crowning achievement.

His proudest moment, he believes, came at his lowest ebb back in 2012 and 2013 when it seemed certain that his career-long battle against knee and wrist injuries would finally be lost.

But, from a seemingly fruitless position, he then engineered one of the sport's most remarkable seasons.

"It's true that 10 is a beautiful number, but actually my favourite is nine," said Nadal, the nine-time champion at Roland Garros. "For sure if it becomes 10 it will be my favourite. But the thing that I am more proud of in my career probably is 2013. It was amazing."

Nadal missed seven months of action between 2012 and 2013 due to a left knee injury and then a stomach virus. But when he returned, he swept to the French and US Open titles and reclaimed the world number one spot.

"I had too many problems on my knee, so I was not able to practice at all. And I finished the year being World No. 1, winning here [in Paris], winning the US Open. So that's the thing that I am more proud," said Nadal.

The 31-year-old Spaniard has coasted into a 10th French Open final, where he faces 2015 champion Stan Wawrinka on Sunday, without dropping a set.

While Wawrinka needed the best part of five hours to defeat world number one Andy Murray, Nadal brushed aside Dominic Thiem, the conqueror of Novak Djokovic in straight sets.

His career record at Roland Garros reads 78 wins and just two losses and on Sunday, he will be playing in his 22nd Grand Slam final.

On his way to the title match, he has shipped just 29 games, six fewer than when he made the 2012 final and just two more than the record of 27 conceded by Bjorn Borg in his 1978 trophy season.

However, despite boasting a 15-3 head-to-head superiority over 32-year-old Wawrinka, the oldest man in the Paris final in 44 years, Nadal is wary of complacency.

"Nine here is probably difficult. If I did it, probably somebody else is going do it, because I don't consider myself very special," he said. "I am not the right one to say, but to play 10 finals here is something difficult."

Wawrinka has only beaten Nadal once on clay in six meetings. But there is no doubt that he is a big match player.

The Swiss has won all three Grand Slam finals in which he has appeared -- in 2014 he beat Nadal in Australia and then Novak Djokovic in the 2015 Paris final and again in last year's US Open finale.

The win in Melbourne was his first after 11 straight losses against Nadal. Twelve months ago, Nadal withdrew from the French Open with a left wrist injury on the eve of the third round.

He spent most of his time away on his boat with girlfriend Xisca, although he did allow himself the luxury of seeing Djokovic complete the career Grand Slam by beating Murray in the final.

Wawrinka will be the third-oldest winner of the men's title if he succeeds against all the odds on Sunday.

"To play Rafa on clay in the French Open in a final is probably the biggest challenge you can have in tennis," he said. "He's the best player ever on clay. He's going for his 10th Roland Garros, so it's something really impressive, something tough.

"I will have to play my best tennis. But again, I did in the past, so we will see what happens on Sunday."