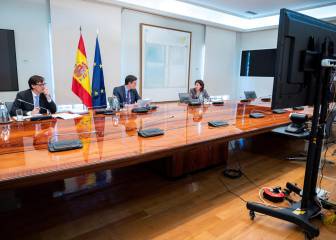 Coronavirus: Spain extend state of emergency through to 26 April

Rafa Nadal thrashed Stan Wawrinka to win his tenth French Open title, and was emotional at the end of the match as he thanked Toni Nadal, his uncle and coach.

Rafael Nadal made history in Paris on Sunday afternoon as he won his tenth Roland Garros title with a straight-sets victory over Stan Wawrinka.

After his victory, the man from Mallorca was unable to prevent the flow of tears. When the moment came to take the microphone and speak to the crowd, Nadal was visibly, and understandably emotional.

“It’s impossible to describe this moment. For me, it can’t be compared to anything else. Roland Garros is the most important tournament for me.”

After receiving the two trophies, the Spaniard spoke again. This time, he was a little more composed.

“It’s difficult to describe how I’m feeling; all I can say is ‘thank you’. Thank you to the organisers, the other players, to all the people that make this tournament possible.

This time it has been difficult for me, but my relationship with this tournament is special. Thank you everyone, you will always be in my heart,” he said as the spectators in the Court Philippe Chatrier broke in to applause.

Lastly, Nadal turned to those closest to him: “I have to thank my family, my team, and especially my uncle, who has worked alongside me all this time. Thanks so much, it wouldn’t be possible without you.”