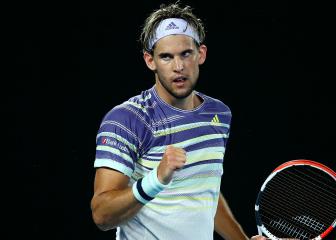 A highly motivated Pakistan crushed their arch-rivals India by 180 runs to lift their first-ever ICC Champions Trophy at the Oval. The Green Shirts had entered as the lowest-ranked team in the tournament, with nobody predicting they would go on to lift the trophy.

In fact, India defeated Pakistan in by 124 runs in their tournament opener at Edgbaston, which made the Green’s championship win even harder to predict.

Pakistan, due to security reasons, currently can’t host international cricket, but is now the ICC Champions Trophy holder, a feat that has far-reaching implications.

India won the toss and elected to field. But they were likely regretting their decision as Pakistan racked up a stunning 338 runs in their 50 overs.

Fakhar Zaman, Pakistan’s opener along with Azhar Ali, had a remarkable knock, scoring a century in just his fourth appearance at an ODI match. The opening pair put on 128 runs before Azhar Ali was run out for 59 runs.

Fakhar continued to a 92-ball century, finally falling to Indian bowler Hardik Pandya in the 33rd over. But by the time he finished, the Green Shirts had taken full control of the game. And after he was dismissed the incoming Pakistan bats kept the runs flowing at a decent pace.

Zaman meanwhile will go down in Pakistan cricketing history as the player who scored 114 runs against India in the final of an ICC world event.

India's bowlers had little to cheer about, with Bhuvneshwar Kumar the pick of the bunch, finishing on 1/44 from 10 overs including two maidens.

A near flawless performance in the field from Pakistan saw India fall a full 180 runs short of their target as they offered little resistance to the Pakistan attack.

Mohammad Amir picked up three early wickets, dismissing Rohit Sharma, who fell on a three-ball duck, India’s Captain Virat Kohli, who could just manage to make five runs and Shikhar Dhawan, who trudged off with 21, leaving India at 33 for 3.

Yuvraj then fell LBW on appeal to 18 year old Shadab, and Dhoni hooked out to the leg-side boundary to leave India utterly on the ropes at 54-5.

Indian all-rounder, Hardik Pandya, gave a brief flicker of hope to the Blue Shirts, handily knocking 76 runs off 43 balls. However, his brilliant scoring was brought to an end by a running mix-up, with Pandya and Jadeja ending up at the same end. Pandya was the man who had to go and that was it for India.

Hasan Ali was responsible for taking the last Indian wicket, leaving the Blue Shirts with 158 runs from 30.3 overs.

Overall Pakistan had been the better side in every respect: batting better, fielding better and bowling better.

“The way we showed character, this is for the nation. They have been waiting for this for a long, long time. This is the least we could do,” said Pakistan’s batsman Mohammad Hafeez.

The player of the match was, quite correctly, awarded to Pakistani batsman, Fakhar Zaman.