Djokovic through to semi-finals at Eastbourne 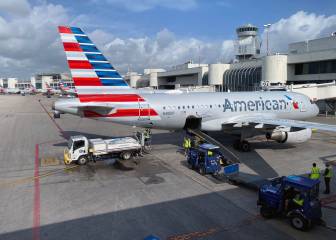 Djokovic through to semi-finals at Eastbourne

Serb Novak Djokovic saw off America's Donald Young to be the first player in the men's draw to book a last-four place at the tournament.

Novak Djokovic overcame a spirited challenge from Donald Young, beating the American 6-2, 7-6 (11/9) on Thursday to claim the first of the semi-final places at the Eastbourne pre-Wimbledon event.

The Serb top seed, competing during the week before Wimbledon for the first time in seven years, saved a pair of set points in the second set before finally putting Young away after a lengthy tie-break.

Djokovic: "I felt good on the court"

"The first set went my way and I played good, I felt good on the court," Djokovic said. "It was very close second set. Obviously could have gone easily his way.

"I'm just glad the way I held my composure, my nerves. This is the kind of match situation that I was looking forward to have, and I'm glad it happened today and managed to overcome it."

The former world number one is rebuilding for Wimbledon after a poor past year by his world-class standards and is pointing toward the grass-court major as an immediate goal.

Djokovic, who took a wild card into the tournament on the English south coast, is the second-highest-ranked men's player ever to compete at Eastbourne behind then-number two Marcelo Rios in 1998.

Djokovic: "We are not robots"

"There is always something that is going on [around the sport]. But we are not robots. We are humans. We have to deal with those things," said the three-time Wimbledon champion.

"Actually, those adversities that we have to face on the court and challenges are actually there to be presented as an opportunity for us to learn, to get stronger, to grow from that experience."

With the rest of the field a round behind after two days of rain interruptions, organisers were playing catch up and praying for better weather.

Women's top seed Angelique Kerber thrashed Lara Arruabarrena 6-2, 6-1 in the first of her two matches on the day.