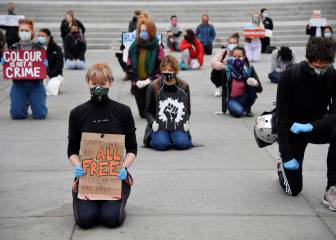 The North American, Johnson, achieved the previous record in Pretoria in March 2000. His mark remained intact for 17 years.

Last year, Van Niekerk also shattered Johnson’s 400m World Record at the Rio Olympics, clocking a time of 43.03, which was .15 seconds less than the mark Johnson achieved at the 1999 World Championships in Athletics.

According to the former South African sprinter, Mathew Quinn, van Niekerk “just happens to smash everyone when testing himself.”

According to the celebrated Jamaican sprinter, Usain Bolt, Wayde van Niekerk is a suitable candidate to be his successor.

“I think he really wants to be a sprinter because he’s set a personal best in the 100m this year.

“He listens and wants to be good and if he continues like this he’ll take over track and field,” said Bolt.

Usain Bolt’s brilliant career is coming to an end. Over 16 years, he has won eight Olympic and 11 world gold medals.

Time to pass the baton is now close, and the 24-year-old Wayde van Niekerk looks like the most probable candidate.