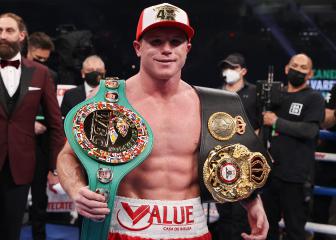 So often Team Sky's unsung hero Geraint Thomas grabbed the limelight with a masterclass of bike-handling in a rain-drenched Tour de France opening stage in Duesseldorf on Saturday.

So often Team Sky's unsung hero Geraint Thomas grabbed the limelight with a masterclass of bike-handling in a rain-drenched Tour de France opening stage in Duesseldorf on Saturday.

The 31-year-old Welshman, revelling in weather conditions more akin to a rainy day back home, claimed his first ever Tour de France stage win by five seconds from Swiss rider Stefan Kueng to have first use of the yellow jersey.

Thomas was the 154th of the 198 starters so had an anxious wait as the following riders, including the likes of favourite Tony Martin, tried to beat his time over the 14-km time trial.

Kueng got closest but no other rider could match Thomas's poise on the greasy road surfaces.

"It rains a lot in Wales," Thomas, one of three-times Tour champion Chris Froome's most loyal support riders, told reporters. "It was a case of taking it steady in the corners and then getting the power on.

"It's the stuff of dreams (to be wearing yellow). I remember running home from school as a 10-year-old to watch the Tour and now I'm on the other side of the camera.

"I'm going to enjoy tomorrow and any extra day I have in the yellow jersey will now be a bonus."

With Tour favourite Froome finishing 12 second back -- significantly ahead of all of his General Classification rivals -- it was a perfect day for Team Sky who have seized early control.

Thomas was given the responsibility of being team leader at this year's Giro d'Italia and had high hopes of winning his first Grand Tour before a crash caused by a police motorbike forced him out with a shoulder injury.

His hopes of a medal in the Olympic road race last year were also wrecked by a crash and he has taken his fair share of punishment while riding for Sky.

So he will enjoy his hard-earned top-dog status for as long as it lasts in his eighth Tour de France before resuming duties as Froome's trusty deputy on the roads of France.

"It's been a rough time on the bike this year and it's nice to finally have this win," he said. "It certainly makes up for most of the Giro."

With three Team Sky riders in the top six it was a day of dominance for the British team under a cloud because of an investigation by UK Anti-Doping into allegations of wrongdoing -- a situation brought on by a mystery package delivered to Bradley Wiggins at the 2011 Criterium du Dauphine.

Even on Saturday, Thomas's moment was slightly overshadowed by a reporter questioning the legality of the team's skin suits.

"I just wear the suit and pedal as fast as I can," a slightly nonplussed Thomas said.

He was happier to talk about a great day for Welsh sport, having watched Sam Warburton, who went to the same Cardiff school, lead the British and Irish Lions to victory over rugby giants the New Zealand All Blacks.

"I was just thinking of the Lions last night when I went to bed, now I have my own little lion as well," he said.

"It was an inspiration for me. It was great to watch that, I'm buzzing off of that. Helped take my mind off this."