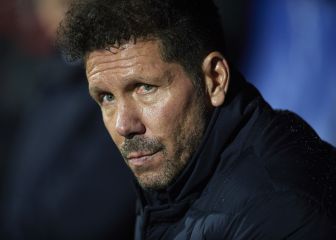 I return from Barcelona, from our showpiece event that formed part of the AS fiftieth anniversary celebrations. I return from a happy occasion, of which stories have already been published. A reunion of the national Olympic family, of all Spain's medallists (all those who wanted to and could attend) for a celebratory party. And it was in Barcelona. Why Barcelona? It's obvious: because it was there where the Olympic Games were held in 1992, the Games that changed the whole notion of sport that Spain had up until that point. It was the ideal place to bring together so many generations of medal winners: from the 1960 Games in Rome, when hockey on grass was still our greatest asset, right up to those from the recent Rio Olympics. Lots of good people.

Catalonian independence or solutions together?

And it was in Barcelona, which is what I want to talk about even at the risk of getting embroiled in unnecessary trouble. There is a key misunderstanding in this matter that for me is not artificial. With something like this there seem to be people on both sides of the discussion that would prefer to see more problems than solutions. Of course there are disagreements but these are handled best with a greater interest in solving them, and fewer professionals stoking the fire. And there are plenty of the latter, on both sides of the River Ebro, which partly draws the geographical line of separation in Spain. Conflict is easy to encourage and I know the arguments of both sides. But Spain will not be separated, so we'd be better looking for solutions.

Madrid, at home in Barcelona

I risk writing about this because of the experience we had last night. It was a great event, one which embraced the 50 years of AS with 25 of those that were involved in the Barcelona Games. It was made possible by the unreserved support of several people who are Barcelona to the core: David Escudé, Samaranch, Beto Agustí, Xavier Mercé, Joan Gaspart... With them and others we put this engagement together, which I don't by any means intend to propose is a solution to anything. But a Madrid newspaper felt extremely comfortable at a party organised in honour of the entire sport of the Spanish Olympics...in the heart of Barcelona. None of us felt like outsiders. I say this, on the off-chance it does some good.