Villar and his term of office 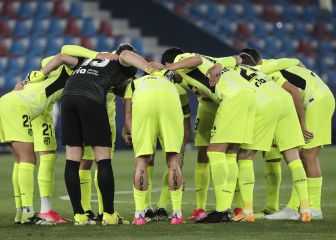 Villar and his term of office

The detention of the head of Spain's FA Angel Maria Villar has posed the question related to the situation surrounding term of office in high ranking positions. Political party Ciudadanos have been quick to suggest that a term capping system need to be introduced and it's a matter that divides opinion. In the world of sport, fronting an organisation for a longer period of time facilitates international profile and opting for international roles as was the case with Odriozola or Villar. That is now deemed by many as an "old school" tradition and the case of Aleksander Ceferin (head of UEFA) who was head of the Slovenian FA for just three years is a case in point.

A limitation of a term in office doesn't exist in the regional, provincial or even national governmental system so can a limit be imposed in the world of sport? José Ramón Lete head of the CSD (Consejo Superior de Deporte / Spanish Sports Council) was considering the introduction of such a system when he assumed his previous role in charge of the Galician sports council. He backtracked when he realised that former Franco aide Manuel Fraga was set to sit his fifth term in the Xunta de Galicia and the idea was scrapped.

The case surrounding Villar is different in that way that his long term in office gave him a degree of impunity and is worthy of reflection. His time as president is a result of a lack of internal controls within the system and in some way Méndez de Vigo's role was pivotal in not believing the wold of previous CSD head Migiel Cardenal and having him replaced. It remains to be seen whether his decision was taken in haste or just a reflection in the Partido Popular's refusal to believe that internal corruption exist until it stares them in the face. Following the Villar detention, now, however seems to be the time to praise the system and offer the mantra that "no-one goes unpunished". This differs from what the minster was actually claiming a few months back when he was celebrating what he termed the end of tension within the world of Spanish sport.

Who is Gorka Villar? Profile of the son of the Spanish FA President