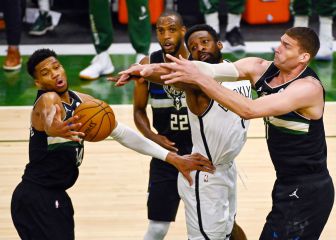 The Kings defeated the Vancouver Canucks 5-2 in the first of the 2017 NHL China Games.

The LA Kings defeated the Vancouver Canucks 5-2 on Thursday in the first National Hockey League (NHL) pre-season game ever played in China.

The match at Shanghai’s Mercedes Benz Arena was part of a two-team, two-match pre-season which will also include a stop in Beijing this weekend.

NHL with future plans in China

Since the announcement of the two NHL China games, the league has hosted seven clinics for young Chinese players.

The NHL's deputy commissioner, Bill Daly, said that this is not a one-off venture. “We do have a plan that's longer term,” said Daly. "We do expect to be back on a consistent basis."

Most Chinese hockey fans had only seen NHL games online. But this was different, this was the first time they could experience the emotion of a match in person.

The crowd enjoyed the speed and the collisions of the sport. Loud cheers could be seen and heard after every shot on goal.

Ice hockey is one of the signature events of the Winter Olympics, which, in 2022, will take place in Beijing.

"The interest that's been generated and the buzz that exists around these games have all been very positive," said Daly.

Adrian Kempe scored the first ever goal in an NHL game in China, the LA Kings player finding the net to make it 1-0 on 7:06.

After Kempe’s goal, the Kings protected their the advantage on the scoreboard before a shorthanded breakaway saw Tanner Pearson grab a second for the California-based team.

In the second period, Alec Martínez scored the Kings' third. However, shortly after, Vancouver’s Sven Baertschi got the Canucks on the board.

In the third period, Markus Granlund had the Canadians right back in the game when he scored their second goal.

However, it wasn’t long until Pearson scored his second for the LA Kings, followed by another by Jeff Carter to seal a 5-2 victory.

The two teams will meet again in the Chinese capital on Saturday.