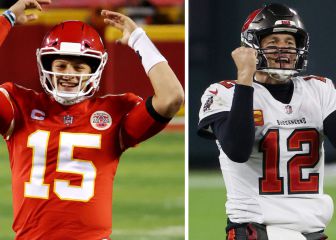 The Spaniard opened up a 16-point lead over Andrea Dovizioso with an impressive ride to claim his fifth win of the season at the Aragon MotoGP on Sunday.

Marc Márquez opened up a 16-point lead over Andrea Dovizioso with an impressive ride to claim his fifth win of the season at the Aragon MotoGP on Sunday.

Despite starting from fifth on the grid, Márquez stormed past Jorge Lorenzo, Valentino Rossi and Maverick Vinales to win from Honda teammate Dani Pedrosa with Lorenzo in third. Dovizioso started the day level with Márquez in the championship standings, but finished down in seventh to deal a severe blow to his title chances with just four races remaining.

Márquez showed his class by moving smoothly through the grid, eventually overtaking Lorenzo with eight laps to go for his third MotoGP win in Aragon and fourth overall after winning in Moto2 back in 2011.

"In front of the fans it was amazing"

"It was a really difficult race," said Marquez. "From the beginning I didn't have the feelings like in the warm-up where it was a little bit smoother. I tried to get back the feeling but even in the last part of the race the feeling was not the best one. Anyway I was able to open up a small advantage. It tested me more than the other years here but in front of the fans, (it) was amazing!' he said.

After a three-week break rivalries will be renewed at the Japanese Grand Prix on October 15.

Concerned Hamilton says he is trying to go vegan