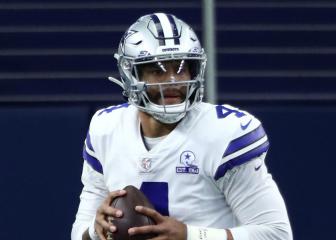 Reports indicate that Postecoglou the relentless attacks from critics may be the trigger for this decision.

Several reports claim that Australia’s national football team coach Ange Postecoglou, 52, will quit before the end of the year.

According to The Herald Sun, the trainer will step down after the crucial World Cup Play-Offs against Honduras in November.

Nothing is clear yet

When asked about these rumors, Postecoglou gave no clear indications that he will leave the Socceroos.

“I am aware of reports today suggesting that I will step down as Head Coach of the Socceroos next month,” said the coach in a statement.

“My sole focus is on preparing the team for our final two qualifying matches. I will not let anything compromise the team’s journey on getting to a fourth consecutive FIFA World Cup.”

Also, the Football Federation of Australia stated a comment, but they neither confirmed nor denied the rumors.

“Beyond that (Honduras matches), should we qualify, there is a period of some months until the World Cup and we agreed that we will need to lock in our set up as soon as possible to maximize our preparation time,” said FFA chief David Gallop.

However, according to sources close to Postecoglou cited by The Herald Sun, the coach has already taken a decision.

“He is definitely moving on after November,’’ a source close to Postecoglou said.

It’s believed that after Japan and Saudi Arabia defeated Australia in the qualifiers, an early exit crossed his mind earlier this year.

News come four years after Holger Osieck was sacked from the Socceroos, an event that paved Postecoglou’s appointment.

However, waves of criticism regarding his tactics have led the coach to frustration.

“There are always different schools of thought and debates. I’d be absolutely astounded if anyone is surprised at what I’m doing or what I’m saying because I’ve been coaching for 20 years,’’ told the trainer to The Herald Sun.

“You’ve got to be careful what you wish for. Maybe some people just kind of went along that I was the flavor of the month and now probably think I wasn’t the right person.

“The rest of it just becomes noise, white noise. And again, it’s nothing new.’’

This week, the Socceroos secured a two-legged win over Syria.

Australia will now face Honduras over two legs in November for a place in the 2018 World Cup in Russia.