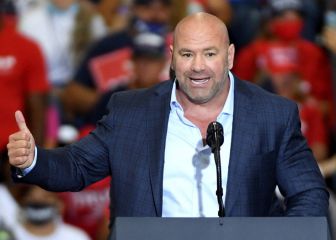 "She didn't miss," was the response from an outplayed Halep as the 27-year old took the match 6-0, 6-2 lasting just 63 minutes in Singapore and move into the last four.

A rampant Caroline Wozniacki said a more assertive approach is fuelling her spectacular start to the WTA Finals after she thrashed world number one Simona Halep in straight sets on Wednesday.

The 27-year-old stunned Halep 6-0, 6-2 in just 63 minutes in Singapore to storm into the last four of the year-end tournament for the loss of just four games.

The sixth-seeded Dane also crushed Elina Svitolina in her opening match, winning the last 10 games en route to a 6-2, 6-0 victory.

Wozniacki, a renowned counter-puncher, said she has enjoyed playing a more aggressive game in the round-robin format.

'Even if you lose the first match, you still have nothing to lose,' she told reporters. 'It's just a nice cushion to have. I think that kind of motivates me to start off strong and just go for it.

'I just ran a lot of balls down and I played aggressive and I mixed up the pace. Everything I wanted to do was going my way.'

Wozniacki is one of seven players in the eight-woman field who could finish the year as world number one by lifting the trophy on Sunday.

She said she was well suited to the slower court of Singapore, where she was a semi-finalist in 2014.

'I think this court is great for the all-round player, who can play both aggressive and defence,' she said. 'I just have been feeling good and am playing at a high level.'

The former world number one broke three times in an almost flawless first set, in which she served at 94 percent and made just two unforced errors.

Wozniacki barely let up in the second set as she continued to masterfully move the flummoxed Romanian around the court, hitting the lines with precision.

Too many mistakes from Halep

Halep finally got on the board early in the second set but she was broken in the fourth game and then again on match point, capitulating with a meek forehand into the net.

'I made too many mistakes and she didn't miss,' Halep said. 'It was one of my bad days. During the points I missed too many and I wanted to over-hit the ball.'

It was a bitterly disappointing evening for Halep, who only became world number one earlier this month and who was impressive in her opening victory over Caroline Garcia.

The 26-year-old now finds herself in a battle to reach the semi-finals, and next plays Svitolina in a crunch match on Friday.

Roger Federer “couldn’t be happier” with his year so far