Too many Madrid players assured of their starting berth 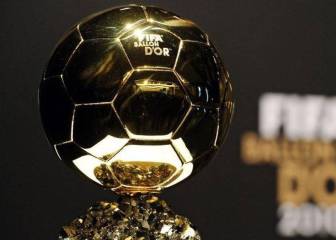 Too many Madrid players assured of their starting berth

A friend said to me: “All of a sudden, it looks like Real Madrid are just eleven players.” He was referring to last season, when Madrid had a “second unit” that showed its worth when it came to away trips. With the exception of errors and omissions, Real Madrid’s second string won in Eibar, Gijón, La Coruña, Leganés, and Granada. 15 celestial points, and five matches in which the first team were given an opportunity to rest. Those matches were well won, with positive attacking play. Madrid were dynamic, marked attentively, slipped away from the opposition, showed great rapport, and found the net. That team served two purposes: they chipped in with points for the LaLiga title, and exerted pressure on the starting players, who had to be on their game.

But it was dismantled in the summer as a result of carelessness and a desire to generate income. Danilo, James Rodríguez, Álvaro Morata, and Mariano all left. Good players for the future came in, but Zidane sees that future as distant. He does not pick them. Jesús Vallejo, who replaced Pepe, has only featured at Fuenlabrada. Theo Hernández has his occasional moments, but Marcelo doesn’t seem worried by his presence. Dani Ceballos is twiddling his thumbs while watching Toni Kroos and Luka Modric play badly. Karim Benzema doesn’t have much to fear in Borja Mayoral. Dani Carvajal’s absence has presented Achraf with an opportunity, which I hope serves to help him grow. Marcos Llorente is still a long way behind Casemiro. In short, the starters are not under pressure.

Asensio and Lucas beneath a glass ceiling

And worse than that, those players who were pushing the starters have grown tired of doing so. I’m talking about Marco Asensio and Lucas Vázquez, mainly the former. They shone for that “second unit” last season. Asensio was blinding at the start of this campaign as well, but after that he has been made to sit it out on the bench. He knows that Gareth Bale and Benzema are assured of their spots, just as Ceballos knows that Kroos and Modric are assured of theirs. Whatever state they are in, and whatever they do. Theo knows it with Marcelo, too. The players who applied pressure have gone, and even Cristiano Ronaldo misses their presence. He said as much after the final whistle at Wembley. The “certain starters” feel secure, they lose the ball in industrial quantities, and they run less than the opposition. That is what needs to change.

Bodo Illgner says there is a crisis at Real Madrid, but not quality