Márquez destined for a place in the history books 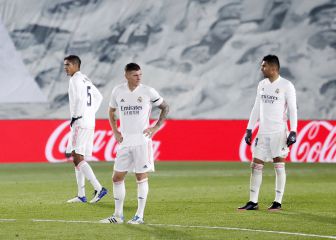 Márquez destined for a place in the history books

From the start of yesterday's race, it was important for Márquez to plot a conservative strategy. With a Dovizioso win, an 11th placing would have been enough for the 24-year-old, so the message was to take no risks. Take no risks in motor sport? A risk in Moto GP is on a par with a goal in football or shooting a hoop in basketball. Márquez is a unique champion and who doesn't understand the word "tie". He was ambitious from the start, and ironically it was Dovizioso who came off his bike and we'll never know if he was distracted by Lorenzo who may have not been paying attention to orders from his team. The Mallorquin rider too, went on to fall from his bike which left Márquez with a place on the podium and a 37 point advantage in the overall season ranking.

Marquez is just 24 and has already bagged six world titles, the first two in 125cc and Moto2, with the latter four coming in MotoGP. He's now among the top ten most decorated riders in history and a quick look reveals that he's at a similar level matching that of Rossi at that point of the Italian's career, indeed the Urbino born rider taking an extra year to achieve what Marquez has at a similar age. Time is on the Spaniards side to aim for the 15 titles achieved by Agonstini or even the 12+1 of Angel Nieto. Rossi's nine titles however, is a more than realistic goal for the rider from Cervera  and that would mean overhauling the finest rider of recent times and take a place at the top table in the world of motorcycling.

Fate and destiny are in his hands, his race at Cheste was excellent to watch with a dynamic and complete performance. Today he wakes up with his sixth world title to his name, the fourth at the top level overcoming a strong series of rivals. Marquez is no rookie in the sport but he manages to maintain the youthful enthusiasm of someone just starting out in the game with a beaming smile on each podium that wins us all over. A place in the annals of the motorcycling history books are firmly in his hands.