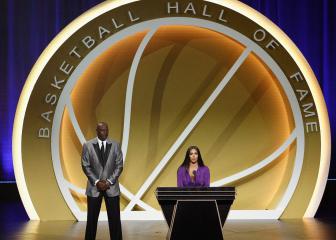 Ferrari's Sebastian Vettel won the Brazilian Grand Prix on Sunday while newly-crowned four-times world champion Lewis Hamilton produced the drive of the day from last to fourth for champions Mercedes.

Champion Hamilton has fun from the pits

Hamilton, who clinched the title in Mexico two weeks ago, started from the pitlane after changes to his car following a crash in qualifying but led the race before the halfway stage as others pitted. The Briton was already up to ninth after 10 laps, with the safety car deployed after opening lap collisions.

"It was fun. It was reminiscent of my karting days when I'd start at the back, particularly in my first year or two," said Hamilton, voted driver of the day by fans in an online poll.

"I messed up yesterday and put myself in the worst position," he added.

"Waking up this morning, my goal was really kind of just to redeem myself... I was trying to get back to third but just ran out of tyres at the end."

Valtteri Bottas, who had lined up on pole position for Mercedes, saw his hopes of overhauling Vettel for the runner-up position in the championship effectively disappear when he finished second.

The Finn lost the lead at the start to the German, who had the race under control from the first corner onwards on a sunny afternoon at Interlagos.

Vettel is now 22 points clear of Bottas with only the Abu Dhabi season-ender remaining. It was his fifth win of the season, 47th of his career, and Ferrari's first since Hungary at the end of July.

"I had a very good getaway but then I had a bit of wheel spin so I thought I had missed my chance," said Vettel of the key moment of the race.

"But I think Valtteri was struggling even more off the line so I was able to squeeze down the inside and I think I surprised him a little bit.

"After that we were pushing for the remaining laps flat out. I was trying everything to pull a bit of a gap and control the race from there."

Alonso amid the rest of F1 pack

Dutch 20-year-old Max Verstappen was fifth for Red Bull, and set the fastest lap, with Australian team mate Daniel Ricciardo sixth after fighting back from a first lap collision and spin.

Retiring Brazilian Felipe Massa said farewell to his home crowd with seventh place for Williams, the former Ferrari driver then ushered onto the podium to be interviewed in front of the crowd by retired compatriot Rubens Barrichello.

Massa's former Ferrari team mate Fernando Alonso, who applauded the 36-year-old after they parked up, was eighth for McLaren.

Force India's Sergio Perez was ninth and Germany's Nico Hulkenberg, lapped by the leader, took the final point for Renault.