Pouille and Goffin to get Davis Cup final underway in Lille 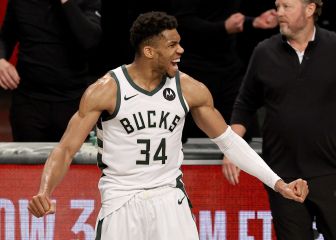 Pouille and Goffin to get Davis Cup final underway in Lille

Yannick Noah and Johan van Herck have announced their line-ups for the singles and doubles rubbers at the Davis Cup final this weekend.

The France team was announced by the French Tennis Federation on Twitter ahead of Thursday's draw for the Friday to Sunday face-off against a Belgian team led by David Goffin.

De Loore was injured for Belgium's semi-final against Australia in September.

Despite his elevated position in the ATP charts Goffin has never beaten Pouille in three previous meetings.

Tsonga then takes to the court against Darcis in the second rubber at the 27,500 capacity Stade Pierre Mauroy.

Gasquet, ranked 31st in the world, comes in for Nicolas Mahut, who with Herbert combined to win the 2015 US Open and the 2016 Wimbledon doubles titles.

Herbert was included despite the 26-year-old suffering a back injury which caused the doubles pair to forfeit their last group match at ATP Finals in London last week.

Noah: "There's a first time for everything"

In consequence Gasquet and Herbert will be making their debut in doubles on Saturday with Noah explaining: "There's a first time for everything."

He added: "This choice could be surprising for anyone not at the heart of the team. I believe their style of play works very very well together.

"Last Thursday, it was hard to imagine Pierre-Hughes playing, but I had the chance to pick him at the last moment. He's been excellent over the past three days... he's our best doubles player."

Julien Benneteau, a former French Open doubles winner who is back to his best at the age of 35, was named by Noah as a reserve.

France are seeking their 10th Davis Cup title but first since 2001, whilst Belgium, making their second appearance in the final in three years, are trying for their first win.