Villas-Boas to drive in Dakar 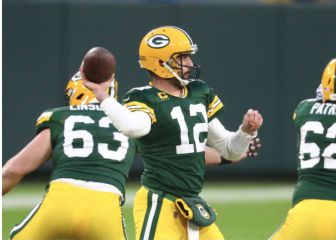 Favre: Rodgers' Packers career may be coming to an end

Villas-Boas to drive in Dakar

The Portuguese football manager will be behind the wheel of a Toyota Hilux with his friend and countryman Ruben Faria as co-pilot.

Portuguese football coach Andre Villas-Boas will drive in the Dakar Rally in January, the organisers announced on Wednesday.

Villas-Boas, who coached Porto, Chelsea, Tottenham Hotspur, Zenit St Petersburg and Shanghai SIGP, will drive a Toyota Hilux in the two-week race which starts on January 6 in Lima and criss-crosses the Andes before finishing in Argentina.

Villas-Boas is reviving a family tradition, his uncle Pedro Villas-Boas drove in the race in 1982 in a 4x4.

He is not the first celebrity to take part. French rocker Johnny Hallyday raced in 2002. Prince Albert of Monaco competed twice and his sister Princess Caroline once.

The rally's website reported that Villas-Boas was an enthusiastic dirt biker as a teenager in Oporto and competed regularly in the Portuguese off-road championships.

Villas-Boas turned 40 in October and said that he had thought of celebrating by riding in the 40th Dakar but then changed his mind after talking to one of the motorbike teams.

'I spoke with my friend Alex Doringer, the manager of the KTM team, who told me that I would still need a full year's preparation to get there and that it was better to consider doing it with a car,' Villas-Boas told the Dakar Rally website.

'So I got in touch with Team Overdrive and here I am!'

He will be partnered by fellow countryman Ruben Faria who is also a two-wheel specialist and finished second in the bike category in the 2013 race, which also started in the Peruvian capital.

'When Andre called me to propose that I join him, I had to think about it... for at least five seconds,' Faria said.

'It is a great challenge and I think that we can put in a good Dakar, which means making it to the bivouac every night and not to arrive too late!'