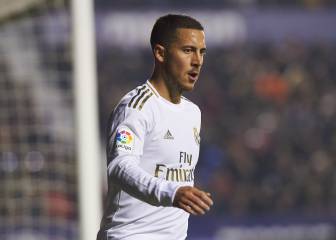 Former Portuguese international, Luis Figo, has had his say on the World Cup in 2018. The attacker, who donned both the Barcelona and Real Madrid shirt during his career, believes Spain and Portugal are the clear favourites after the draw was made for the tournament in Russia next summer.

"Portugal and Spain are the favourites, not just for the group but for the entire competition, although you have to keep in mind the other teams that can cause a surpise," he said at the Christmas party for the foundation that borrows his name, in Lisbon.

The 45-year-old continued, "Without doubt, Portugal fell into one of the most difficult groups, but they have one of the best teams today and the aspirations have to match that."

Spain and Portugal are in Group B along with Iran and Morocco wih the two European giants meeting each other in the first game of the group, which should go a long way in deciding how it will finish.