Al-Jazira give Real Madrid a fright 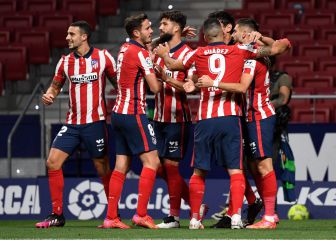 Al-Jazira give Real Madrid a fright

The first semi-final of the club World cup between Gremio and Pachuca was dreary with the game hampered by niggly fouls and little football played by either side. Last night's game was a different kettle of fish as it looked that logic was about to be defied with the local side taking the lead. Al Jazira's objective was to avoid a heavy defeat and to everyone's surprise the Abu Dhabi outfit went in one goal to the good at the break and a VAR call denied them going 2-0 up. At the moment, had the second goal stood, we through we could be witnessing one of the great upsets in the game on a par with the famous "Maracanazo" in 1950. Goals from Cristiano and Bale dispelled any possibility of a shock as Madrid march on to Saturday's final.

This was a match which proved just how unpredictable a game of football can be. Madrid gained control early on as was to be expected but came up against veteran keeper Ali Khaseif who stopped everything that was thrown at him and was also assisted on occasion by the post. Real Madrid's play was mechanical and predictable and also had to content with two goals being disallowed. The first goal was ruled out after it was deemed that Cristiano pushed his opponent before Benzema put the ball in the net. The VAR system ruled out the second after adjudging that the French striker was in an off-side position Benzema.

Just before the interval Al-Jazira launched a decent counter and Romarinho slotted home to give the home side a lead as the referee called time on the half. Just as the second period got going the major shock of the night was delivered after it appeared that Al-Jazira had gone 2-0 up but once again VAR cancelled the strike alleging that Boussouffa was in an offside position when receiving the ball. Influential home keeper Ali Khaseif was forced to retire from the action through injury as Madrid began to dominate and eventually goals from Cristiano and later Bale extinguished any fear of an upset and quell Madrid's nerves.