Roger Federer signs up to start season at 2018 Hopman Cup 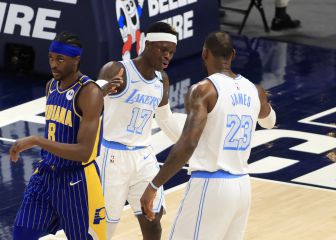 Roger Federer signs up to start season at 2018 Hopman Cup

The world number two will partner Belinda Bencic at the international team event in Perth, a warm-up event for the Australian Open.

Roger Federer will play at the Hopman Cup as the curtain raiser to his 2018 season after returning to the courts in style in 2017 after injury problems to lift the Australian Open and Wimbledon titles.

The world number two will partner Belinda Bencic at the team event, which features singles and doubles matches. The Swiss great started his comeback this year at the Australian Open warm-up event, when he also played alongside Bencic. France won the 2017 Hopman Cup, Kristina Mladenovic and Richard Gasquet teaming up and beating the USA, represented by CoCo Vandeweghe and Jack Sock, in the final.

France elected not to play the 2018 tournament to defend their title but there is a strong field. Germany will be represented by Angelique Kerber and Alex Zverev with Vandeweghe and Sock returning for the USA. The host nation’s team consists of Daria Gavrilova and Thanasi Kokkinakis.