Bale is ready to find himself again 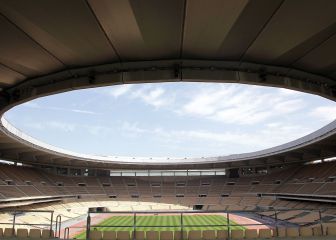 Bale is ready to find himself again

As things stand, very few people remember that Gareth Bale was Real Madrid's best player before his ankle injury. Since then, things have gone from bad to worse for the Welshman: he rushed back to play in El Clásico, and was bold enough to play without everyone's backing. Only now does he feel as though he is coming out the other side. He is ready to be the Gareth Bale his team-mates were looking for - a hierarchy only resolved over time. The Welshman demanded the ball, offered options and scored goals. Just imagine being at the peak of your powers only for someone to dim the light for a year - or rather thirteen months. This unfamiliar passage of darkness and doubting is what Bale has travelled down and it is only natural that he is keenly aware of every twitch and fibre in his body. Like a Formula 1 car, he is only truly at ease when there is no longer anything to tweak. Furthermore, doubts are always the death of footballers.

Bale has gone through the mill because he looks in the mirror and sees the perfect physique staring back at him; he knows about its incredible capacity and sees football as the be all and end all (football is all he knows) and has, therefore, been unable to perform in his profession at the level he knows he can. He is unfazed by what people say about him 'down the pub', and is barely affected if he is booed and whistled. Today against Celta Bale will be in the starting eleven. He will continue to improve and will once again become a key player. And to boot, if his injuries ease up we will not remember that he spent a year as a shadow of his former self.